Vicky Kaushal recently shared a candid moment with celebrated lyricist and poet Gulzar as he buckles up for his upcoming biopic Sam Bahadur directed by Meghna Gulzar. 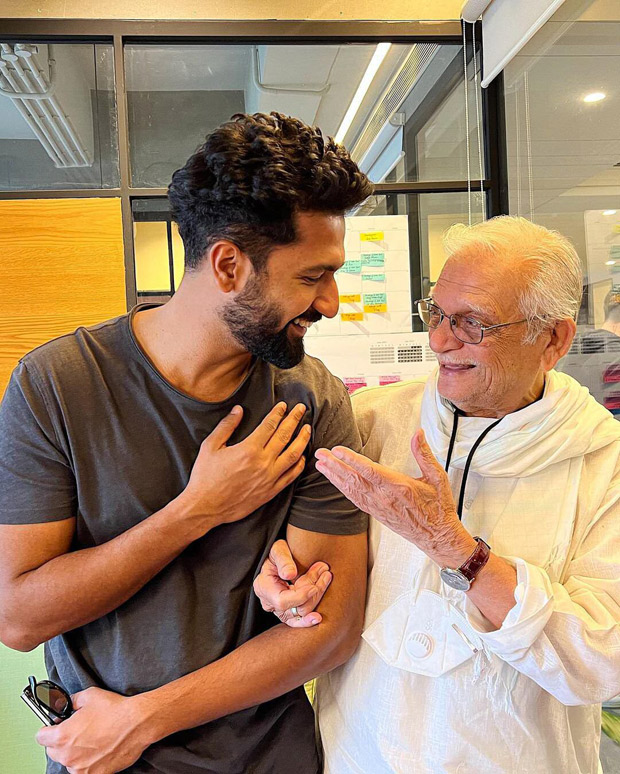 The Uri actor took to Instagram sharing a sweet picture of the two, smiling brightly while having a conversation. The actor also tagged Gulzar’s daughter and the biopic’s helmer Meghna Gulzar. The screenwriter and actor collaborated for the first time in Meghna Gulzar’s 2019 film Raazi, which was well received by the audience.

Also Read: Vicky Kaushal opens up about his wife Katrina Kaif, calls her a great influence in his life