Kareena Kapoor Khan is an ultimate STUNNER and no one can ever deny that. She is an ultimate royal and can command your attention even if she is dressed in a drab track suit. Ok, so how to spot a Bebo in a group? The most striking woman with amazeballs confidence and oodles of sex appeal is what characterises her from others. A crowd puller, she never was meant to blend in because she is the ‘Yas Kween’, the Yummy Mummy, and the ultimate show stopper even when there are no cameras flashing at her. Bebo claims her throne naturally just as she carries on her awesome day to day life.

Yesterday, Kareena along with her Veere Di Wedding co-stars Sonam Kapoor, Swara Bhaskar and Shikha Talsania shot for a special promotional song which was choreographed by Farah Khan and created by Badshah. The ladies looked rocking, needless to say in the song with the role reversal theme but Kareena’s all black avatar complete with her signature smokey eyes did it for us! Why would anyone look at anyone else when there is Kareena Kapoor Khan in the fame? Later, Farah too shared a group pic on social media. Take a look at any picture from the sets , Kareena is KILLING it in every frame! 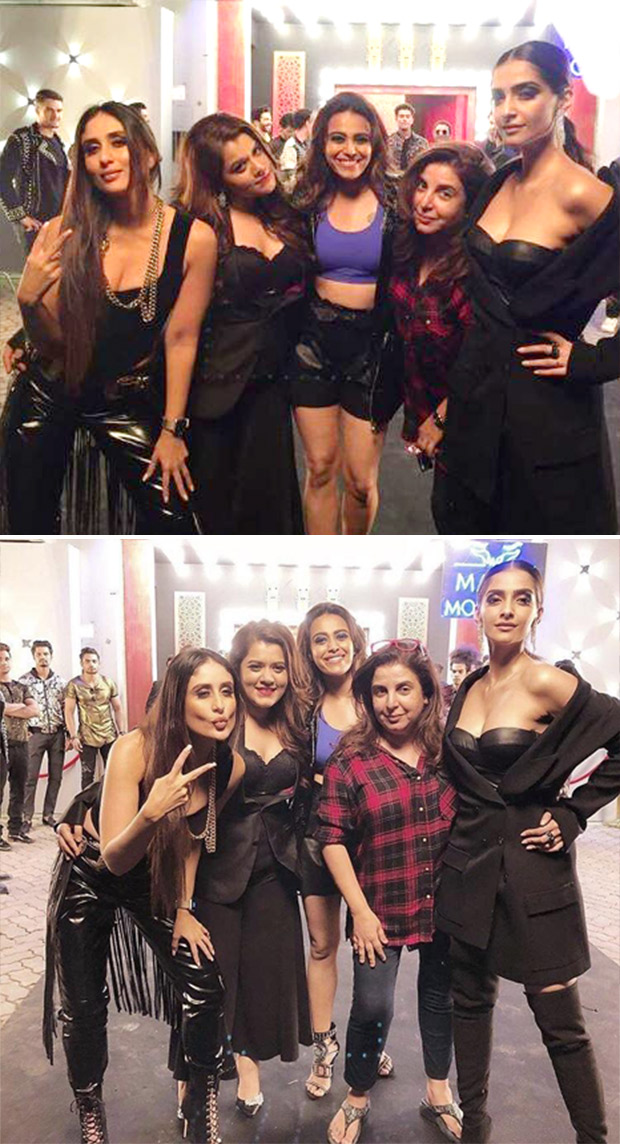 Veere Di Wedding is produced by Rhea Kapoor and Kareena Kapoor Khan is playing the title role in it. It is a quintessential girl flick and revolves around life and times of its lead. In the film Kareena is getting married and the plot traces the tumult of emotions the characters face as four friends gather for the occasion. Check out the pictures right here and tell us if you are excited for the movie. 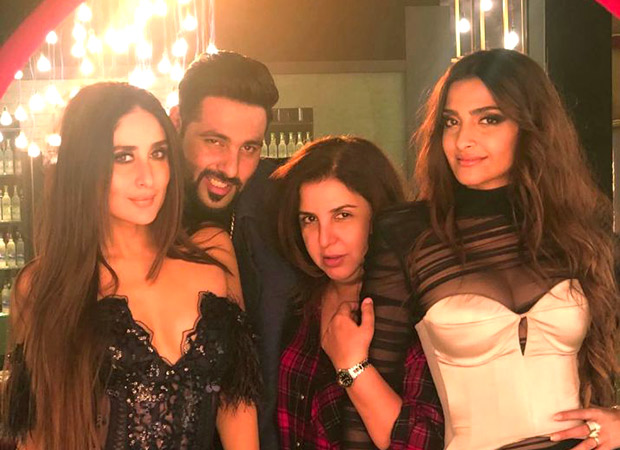