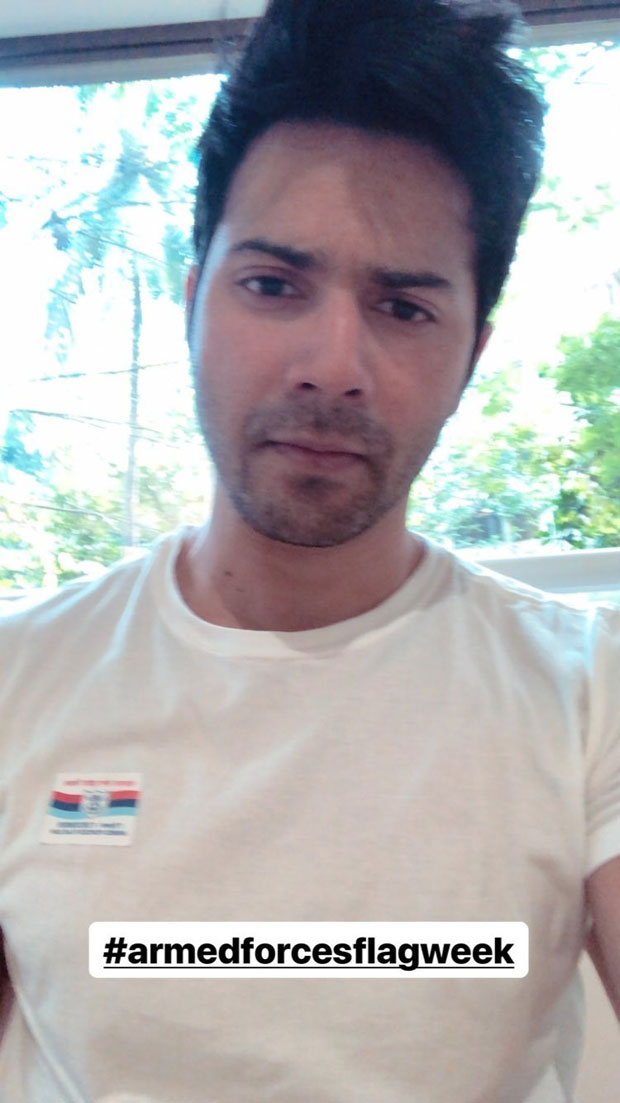 Varun Dhawan was recently seen shooting for his next October in Manali and was even seen sharing pictures from the sets of the Shoojit Sircar directorial. Now the actor recently shared an image on social media and also a video where he urged everyone to celebrate the Armed Forces Flag Day for a week.

For the uninitiated, Armed Forces Flag Day is celebrated on December 7 in honour of the courage and valour of the army authorities who have fought for the nation. In association with the defence ministry, Varun Dhawan recently spread the message that the government has planned to celebrate ‘armed forces and their spirit’ for a week starting from December 1 to 7. The actor also asked everyone to sport a special flag that is available as a part of the celebrations.

Sharing a picture of him sporting the flag as his Instagram story, Varun Dhawan also added a video on the social media platform. Besides talking about the sacrifices made by the jawans, the Gen Y star also encouraged everyone to make donations in the Armed Forces Flag Day donation fund.

Whilst supporting a patriotic move, let us also remind you that Varun Dhawan will be talking about ‘Made In India’ products in Sui Dhaaga which features him alongside Anushka Sharma. Produced by Yash Raj Films, the film is directed by Sharat Katariya.