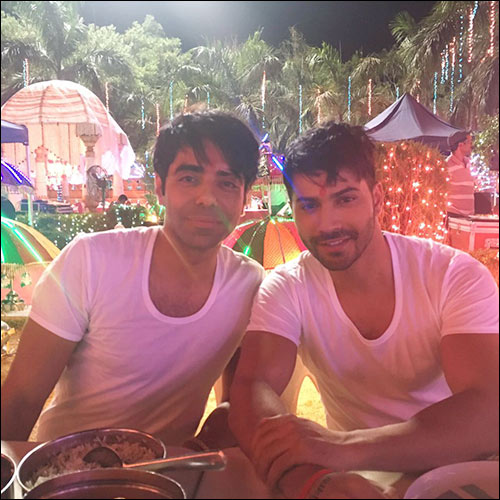 Varun Dhawan recently wrapped up shooting of the first schedule of Badrinath Ki Dulhania. He even posted his selfie alongwith his co-star Aparshakti Khurrana, who makes his Bollywood debut with Badrinath Ki Dulhania. Varun Dhawan captioned the photograph as "Working nights with the talented @Aparshakti on #badrinathkidhulania.@ayushmannk tumhara Bhai ab hamara haan". For the uninitiated, Aparshakti Khurrana is Ayushmann Khurrana's brother.

While Badrinath Ki Dulhania is being directed by Shashank Khaitan, it is being produced by Dharma Productions. The film is set to release on March 10, 2017.