Actor Varun Dhawan is currently shooting in Arunachal Pradesh for his upcoming film Bhediya. During his shoot in the state, the actor seems to have taken out time to interact with the locals as well. On Tuesday he shared a picture and a video of him playing with a baby. 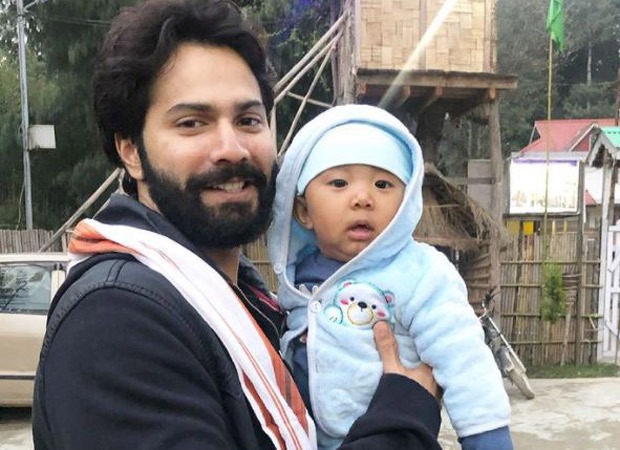 Sharing a video of him playing a with a cute baby, he wrote, "Babies of #ArunachalPradesh Thiagi kambo is his name." In the video, Varun is heard murmuring, "Oh s***! He is so cute!"

A while ago, pictures of Varun and Kriti Sanon playing with another baby had surfaced online. Both of them took turns cuddling the baby boy and clicked photos with him.

Earlier this week, a video of Varun addressing a crowd gathered at the shoot location had gone viral. The fans had come to get a glimpse of Dhawan. When fans arrived in large numbers, Varun climbed on top of a vehicle to request all the fans to let them shoot. He also promised them that he will meet and interact with all once they are done with the shooting.

Directed by Amar Kaushik, the film also stars Kriti Sanon, Abhishek Banerjee and Deepak Dobriyal. The film produced by Dinesh Vijan is all set to release on April 14, 2022.