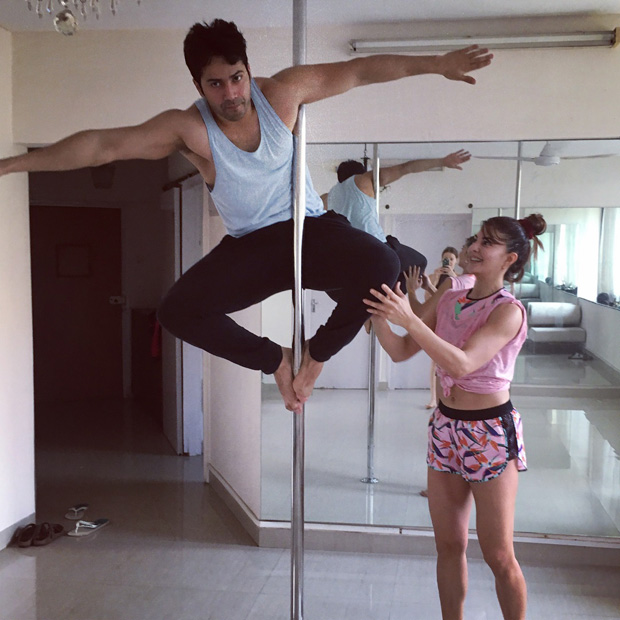 Jacqueline Fernandez wooed hearts with her impeccable pole dancing in the song ‘Chandralekha’ from A Gentleman. And it is a known fact that the actress took some rigorous dancing lessons to learn the same and now imitating her was Varun Dhawan.

Varun Dhawan and Jacqueline Fernandez, who first shot for Dishoom together, were paired opposite each other in the recently released blockbuster Judwaa 2.  While the two actors bonded really well during their shoot, they continued to retain their bond even after the film. In fact, Varun was recently spotted training with Jacqueline’s pole dance trainer, Roksolana Chubenko. In fact, Roksolana took to social media to share pictures from her pole dance teaching session with Varun Dhawan and posted a few them on her Instagram page. 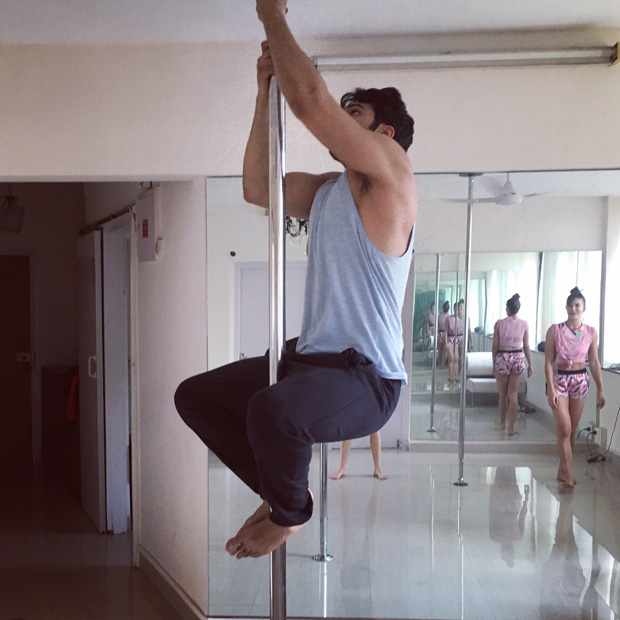 On the other hand, Varun Dhawan too took to Instagram to give us a glimpse of his pole dancing session wherein he explained about how difficult it is to practice the style but at the same time, he also asserted about how beneficial it is to the body. He posted this picture with a caption saying, “Not as easy as it looks. Thanks @jacquelinef143 and @lanaroxy. Really helps build up core fitness and flexibility. You gotta keep mixing it up.” 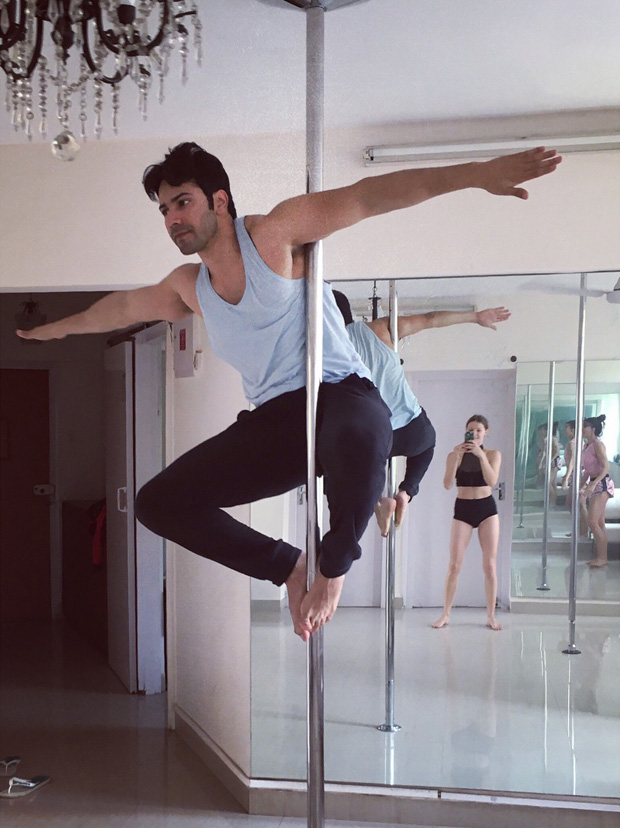 As for their work commitments, while Varun Dhawan and Jacqueline Fernandez won’t be coming together for a film any time soon, the two of them are working on their individual projects. Varun Dhawan will be next seen in Shoojit Sircar’s October as well as Yash Raj Films’ Sui Dhaaga whereas Jacqueline Fernandez will be gearing up for Tarun Mansukhani’s Drive and Remo D’Souza’s Race 3.