Varun Dhawan sure knows how to keep his fans engaged on social media. Recently, the actor shared goofy pictures with his co-star of the film Street Dancer 3D Nora Fatehi. The two were seen doing over-dramatic poses for the camera. 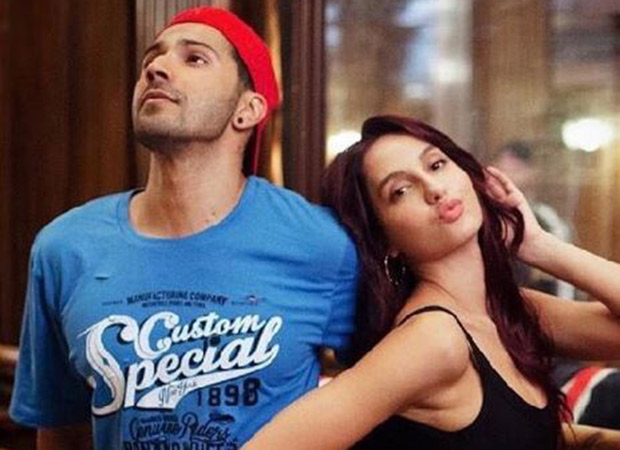 Along with the hilarious pictures of the two, the actor wrote, "SAHEJ wanted to dance...Nora wanted a chance ...Together they felt some trance ...Aise shuru hua garam romance #garmi  #streetdancer #3iscoming"

The pair will be seen together in Remo D'Souza's Street Dancer 3D. The film also features Shraddha Kapoor, Prabhu Deva and Shakti Mohan in key roles. The actor is also shooting for the remake of Coolie No 1 titled the same.

On Monday, Varun had posted another picture with a caption that had his followers in splits. In the picture, he is seen with his co-star from Coolie No 1, Sara Ali Khan and choreographer Ganesh Acharya. Dhawan jokingly accused Sara of copying the colour of his T-shirt as both of them are seen wearing bright yellow clothes. Meanwhile, Sara Ali Khan replying to the comment accused Varun of copying her emojis, rhyming captions and asked him to not copy her dance moves as well.

Priyanka Chopra Jonas says she was…