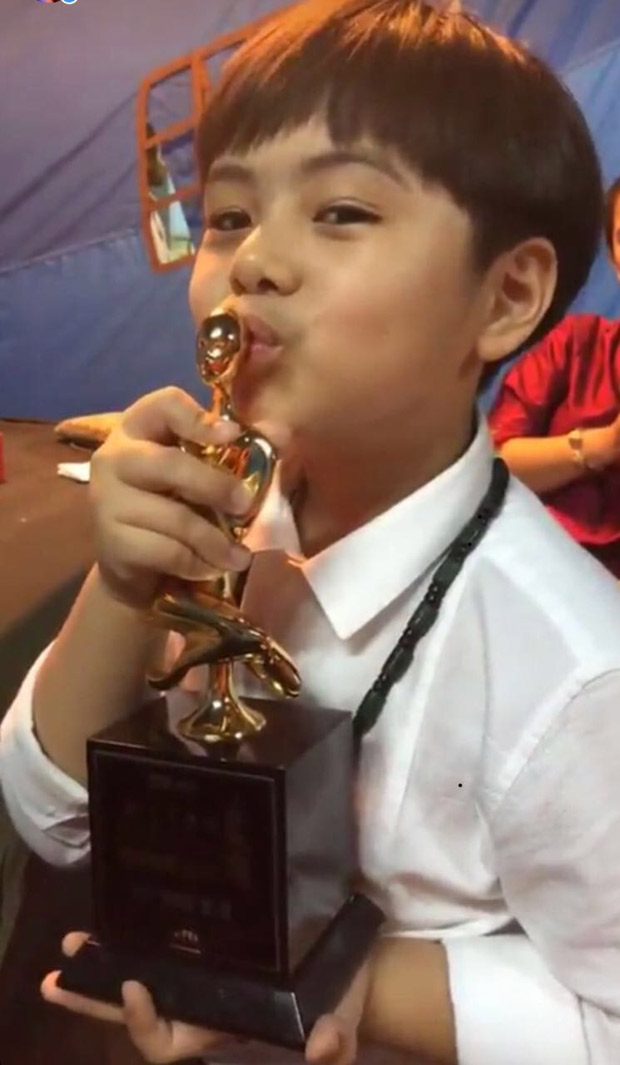 Varun Dhawan is known to be a favourite amongst kids. The Gen Y star too has reciprocated the love by expressing it to them often. While we have earlier seen the actor bond with children, this time around, his special gesture towards one of the popular Bollywood child artists definitely left everyone around him impressed.

By now we all are aware that Varun Dhawan put up some stunning acts at the recently held Star Screen Awards in Mumbai. One amongst them had him collaborating with the original Judwaa actor Salman Khan. While the two actors were chilling after all the hard work backstage, child actor Matin Rey Tangu joined Salman with whom he had worked in his debut film Tubelight.

From what we hear, it seems that Martin was quite attracted to the trophy that Varun had won at the awards gala and was playing with it whilst he joined Salman backstage. Looking at how the kid was so happy to hold the trophy, Varun decided to give away the trophy to Matin. The Gen Y star is extremely fond of kids and was more than happy to give his trophy to the child actor.

Varun Dhawan had won the award in the category of Best Actor in a Comic Role for his role as Badri in Badrinath Ki Dulhania.

As for his forthcoming ventures, after the success of Judwaa 2, the actor dived into Shoojit Sircar’s next titled October. Post that, he will start work on YRF’s Sui Dhaaga which has him paired opposite Anushka Sharma for the first time. Reports have it that Varun will also collaborate with mentor Karan Johar for another film with Alia Bhatt but details of the same are yet to be revealed.