Well, we all know that Anushka Sharma, who has also turned producer in Bollywood, has had about four releases in 2018, what with Pari, Sanju, Sui Dhaaga and Zero. The actress is probably taking it slow in 2019 and is spending the much needed quality time with her Indian skipper hubby Virat Kohli. After accompanying him for matches as well as a short trip in between, recently, we spotted the couple enjoying dinner during the Valentine’s week. 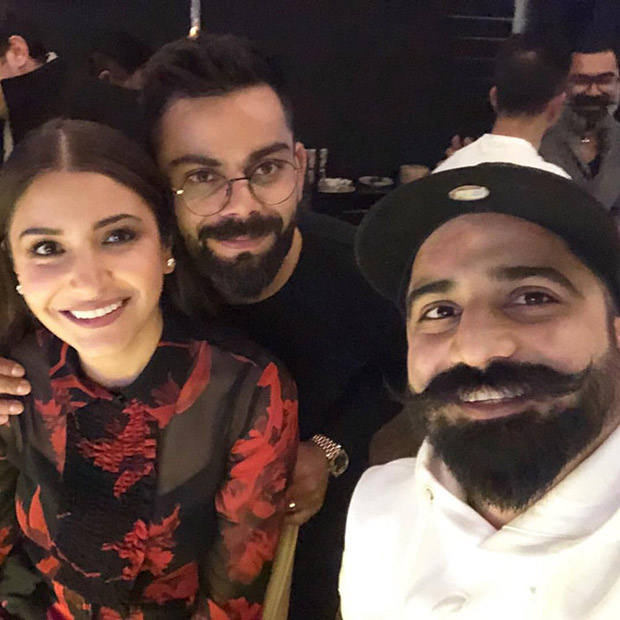 It is a renowned fact by now that Anushka Sharma and Virat Kohli are setting up goals for the millennial couples who can’t stop swooning over their chemistry. In fact, Anushka has taken to Instagram and has been excitedly sharing pictures with her husband dearest and has been posting about her trip shenanigans on her Instagram page.

Recently, when the two of them set out to dine together in Delhi and were accompanied by friends, the picture has gone viral on social media.

Not surprisingly, fans have been eagerly looking forward to the details of the Virat and Anushka [fondly termed as Virushka] celebrating Valentine’s Day together today. This will be the couple’s second Valentine’s Day after they tied the knot in December 2017.

@AnushkaSharma & @imVkohli with friends while at #NUEVA in Delhi tonight ♥️???? #Virushka pic.twitter.com/xzUB6r9FHy

On the work front, Anushka Sharma was last seen in Zero alongside Shah Rukh Khan and Katrina Kaif in which she played the role of a scientist who suffers from cerebral palsy. The actress, however, has retained silence about her forthcoming projects and there has been no official announcement on her upcoming films. As of now, she has also been dedicating time for her apparel and lifestyle brand Nush.