Suhana Khan sure knows how to have fun! While she is completing her degree in acting and dramatics, she also is having a hell lot of fun with her pals! Before she can make her big ticket Bollywood debut, she already is a star and her fan club keeps posting her pictures on Instagram all the time. 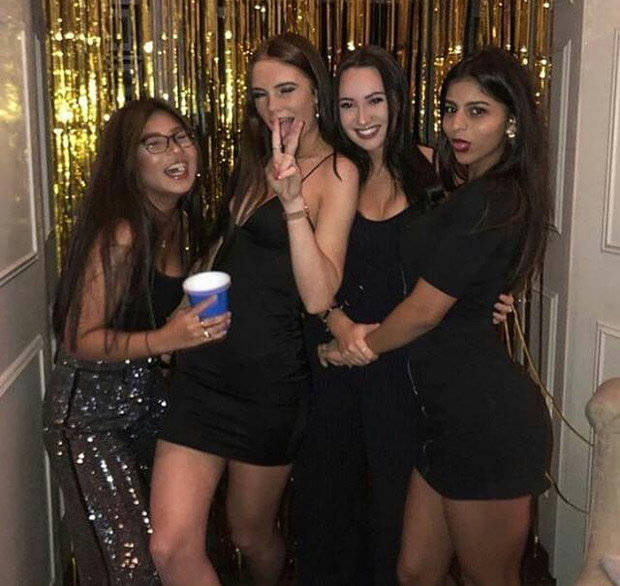 This weekend, Suhana was spotted letting her hair down at a friend’s bash and she looked absolutely DROP DEAD GORGEOUS in her sexy LBD! One look at her and you know that she is a future star to reckon. While her contemporary Ananya Panday is awaiting her big ticket release with Karan Johar’s Student Of The Year 2, her other BFF Shanaya Kapoor is working very hard to enter the film. It is only matter of time that Suhana’s debut would be announced!

Shah Rukh Khan unveiled her magazine cover early this year and gave us a sneak peek into what Suhana will be after she becomes a full blown celebrity. She also attended IPL match with her dad and little brother AbRam in Kolkata. Later, she made news with her glamorous appearances going up and about in the town. Check out Suhana’s pic below.

Let us know if you are excited for her debut, just like us!