Radhika Apte recently had her international film, A Call to Spy release in UK and the USA and like always, she did not fail to impress on the screen. This was not an easy task though, as the multilingual actress had to learn yet another language for her role, and this time it was French but even more difficult was figuring the correct accent for her character, Noor Inayat Khan. 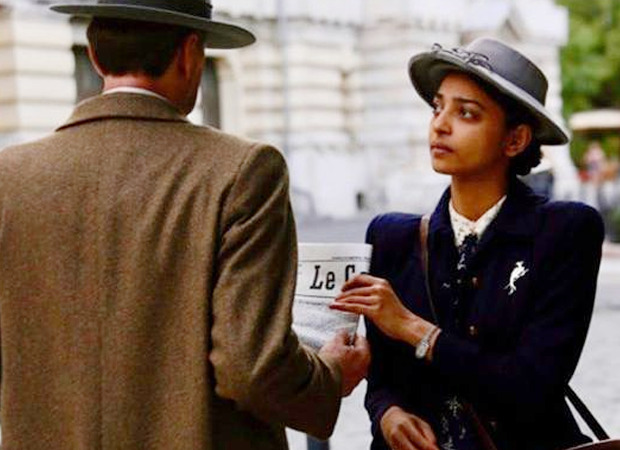 Talking about the challenge of learning and acing a new language, in an interview with a leading magazine the Indie star shared, "Noor Inayat Khan was born in Russia, her mother was American and her father was Indian. She was British but spent a long time in France".

The accent being another tough nut to crack she said, "It was a tricky task to figure out what her accent should be. I planned on learning the French lines and I wasn't fluent at all. However, due to unforeseen circumstances, I only got the lines a day before the final shot and I was worried as I didn't get enough time to practice. But everyone on the set, from the producers to French actors helped me with the lines so I don't mess up the pronunciations”.

Many challenges came her way as it was the story of a girl with various countries having an influence on her lifestyle and language. So figuring the correct accent for her along with learning a new language was a highly challenging task. Radhika read various books on Khan in order to prepare for the role and did not let anything stop her from outshining in the film and overcoming the task successfully.

The admirable actor was brilliant in the film and did complete justice to the character of Noor Inayat Khan. She was very well received by the audiences as well as the critics in her debut American film, proving her worth on a global level. Radhika has always done unconventional roles and has blown minds with her craft every time.

The indie star had a remarkable trajectory of projects, making the country proud with her outstanding performance in A Call to Spy. She was recently also seen in Raat Akeli Hai on Netflix, and the multi-talented actor also made her directorial debut with the short film, Sleepwalkers which won the award for 'The Best Midnight Short Award' at the Palms Spring International Short Fest.

ALSO READ: Radhika Apte’s A Call to Spy further proves that language is no barrier for her