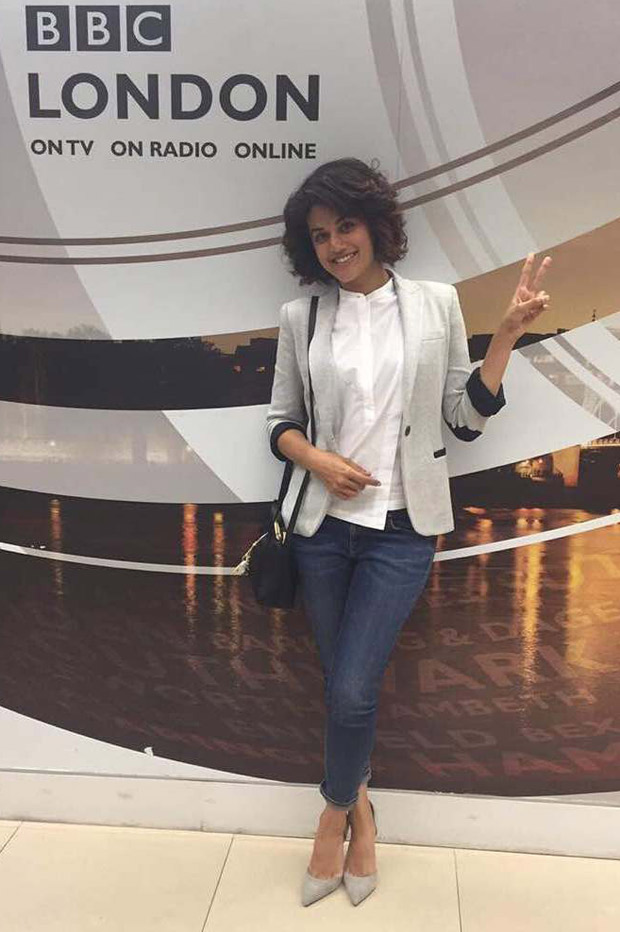 Known for her unconventional roles, Taapsee Pannu wooed hearts with her action packed role in the first Bollywood spin-off film Naam Shabana. After taking a small break post the film’s release, she soon joined the cast of Judwaa 2 in London. 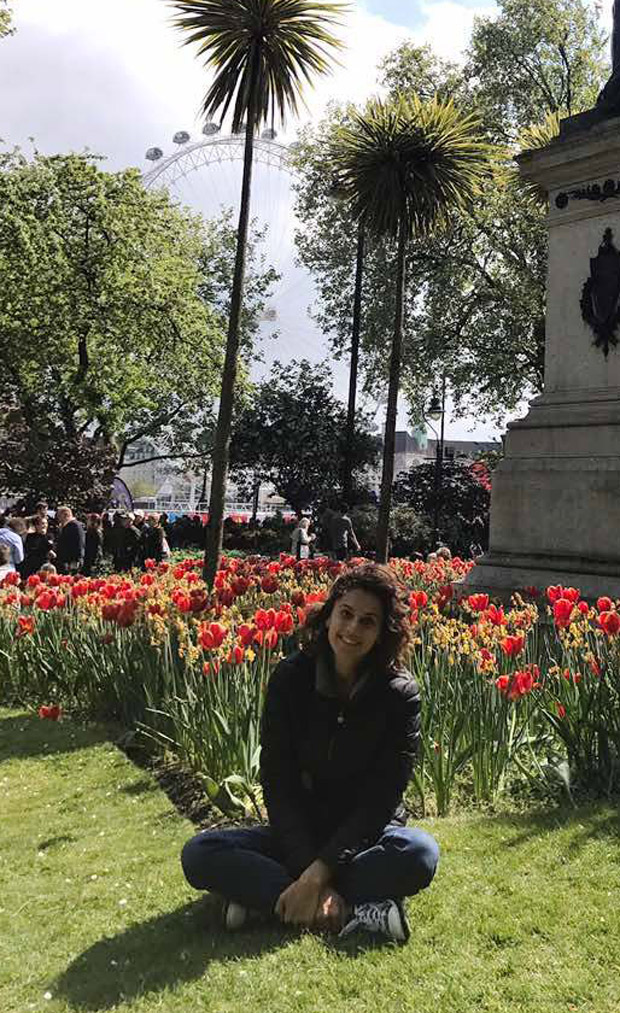 The David Dhawan remake of the Salman Khan classic of the 90s will have the actress portray the role of Varun Dhawan’s love interest. However, amidst the hectic shoot schedules, Taapsee found time to explore the Queen city. Although this is not the first time she has been in London, we hear that the actress likes to explore the city alone. 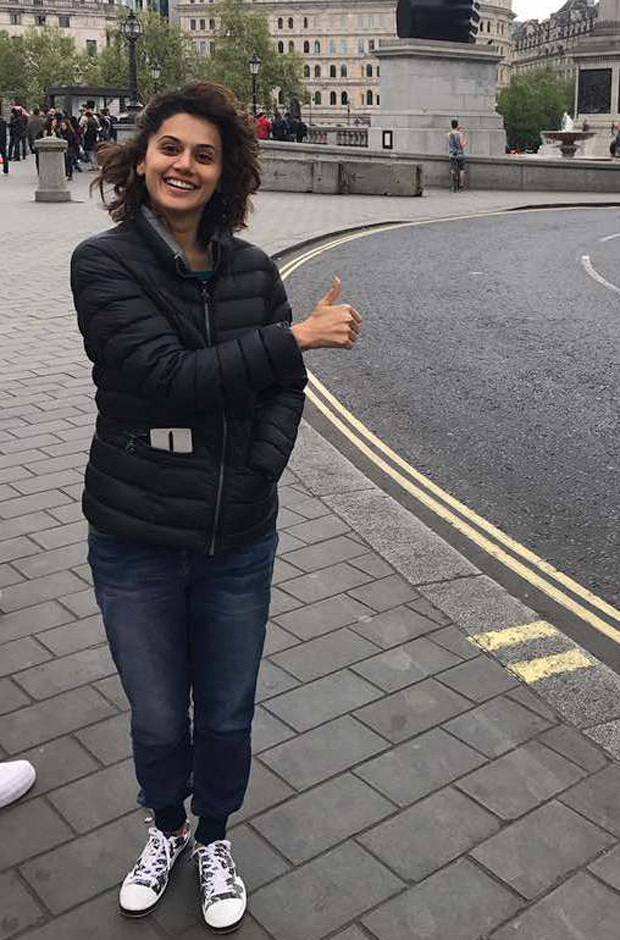 When not shooting, she pulls time out of her busy schedule and travels the city taking pictures and exploring the place. Here are few pictures from London for the Diary. 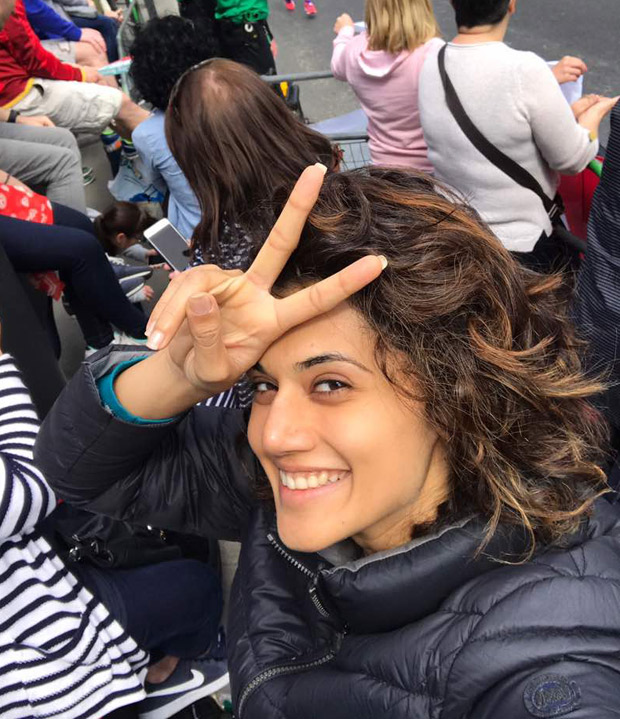 Besides her travel shenanigans, Taapsee Pannu has shot for the film at picturesque locations too and some popular ones including the London University. Her role in the film is said to be that of an NRI Gujarati girl. 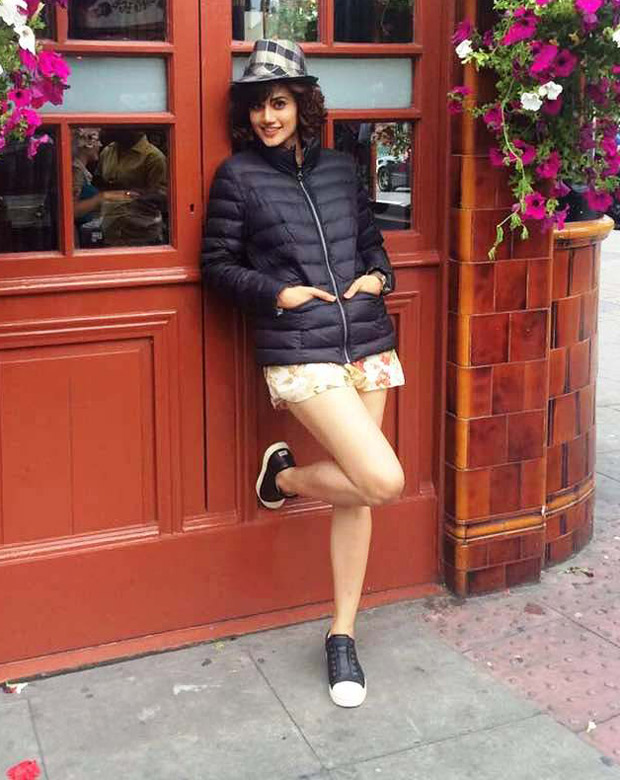 Besides her, Jacqueline Fernandez plays the leading lady too of Varun Dhawan. The latter will be seen in a dual role for the first time. Readers may recall that, in order to retain the essence of the original Judwaa that also featured Karisma Kapoor and Rambha opposite Salman Khan, they have decided to recreate some popular chartbusters of the film, namely, ‘Tan Tana Tan’ and ‘Oonchi Hai Building’. 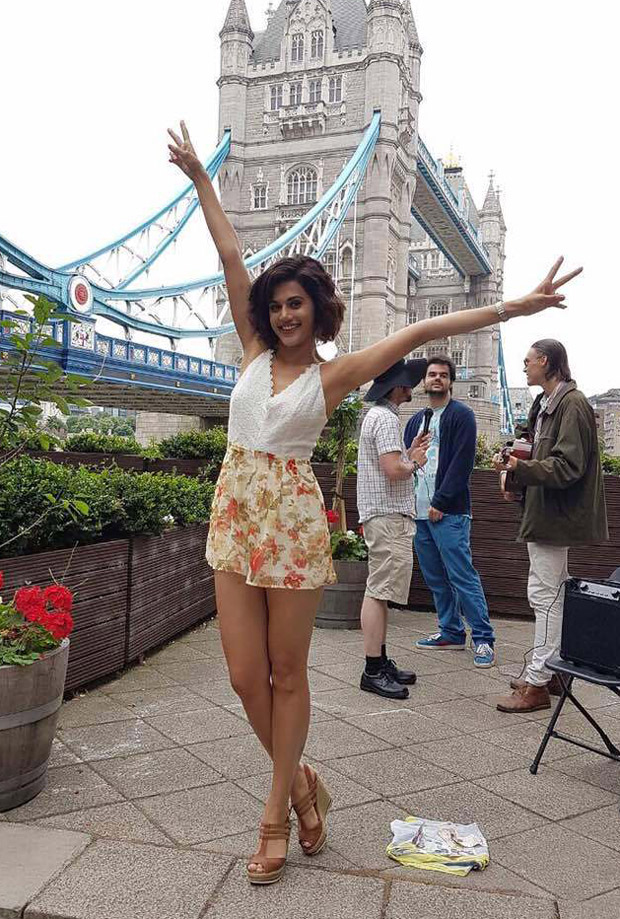 On the other hand, Taapsee Pannu has had a great start to the year, with her film Pink bagging the National Award for Best Film on Social Issues category. The actress will also be seen in a rom-com with her ‘Tum Ho Toh’ music video co-star Saqib Saleem. 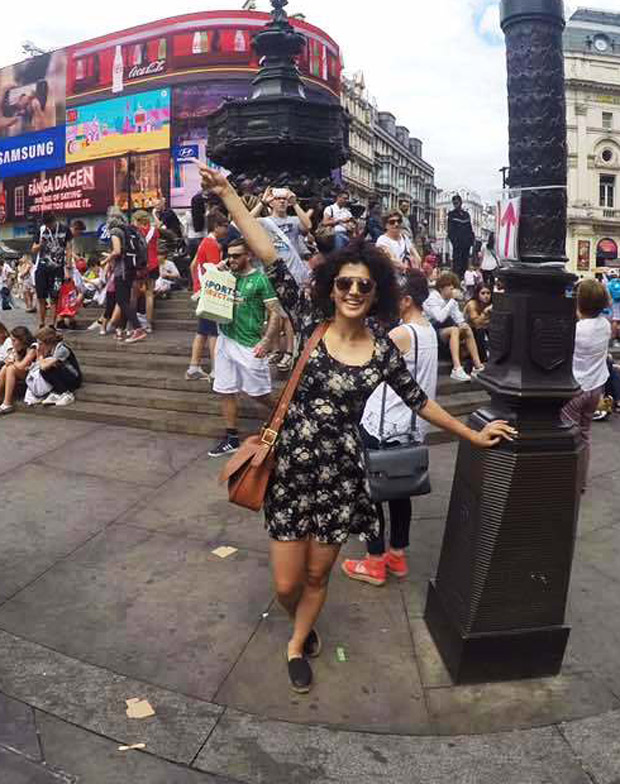