Janhvi Kapoor is one of the most coveted actresses of Bollywood. Despite being only two films old, Janhvi Kapoor is the only newcomer who has a massive lineup of films in her kitty. The actress, who has currently become the face of multiple brands, is known for her sharp features and aesthetic looks. However, this throwback picture of Janhvi Kapoor with Khushi Kapoor, Boney Kapoor, and late actress Sridevi will surprise you. 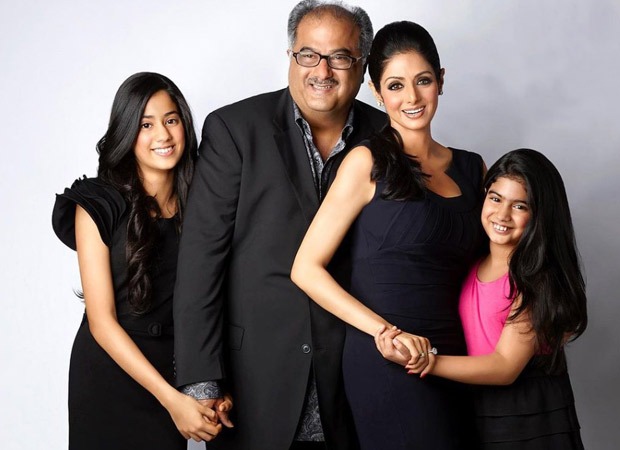 Photographer Dabboo Ratnani is celebrating 25 years of being in the industry and has been sharing some of the best pictures from his collections so far. One of them being that of Janhvi Kapoor, Boney Kapoor, Sridevi, and a young Khushi Kapoor. The four managed to give us major family goals and after Sridevi’s demise, things have not been the same.

In the picture, Janhvi Kapoor and even Khushi Kapoor, look unrecognizable and the changes that have been a part of their transformation are pretty prominent. Wearing formal dresses, the ladies looked absolutely ecstatic as they posed with a well-suited Boney Kapoor. Take a look at this beautiful family portrait.

On the work front, Janhvi Kapoor is shooting for Good Luck Jerry and will be seen in Dostana 2 post that.