Sitting at home, many of us have lost track of what day it is, but not Mira Rajput! She did the Throwback Thursday right, and shared a photo of herself from her pre-wedding ceremonies. Dressed in yellow attires and floral jewellery, the soon-to-be-bride is seen wiping her tears as her family members surround her and shower her with love. 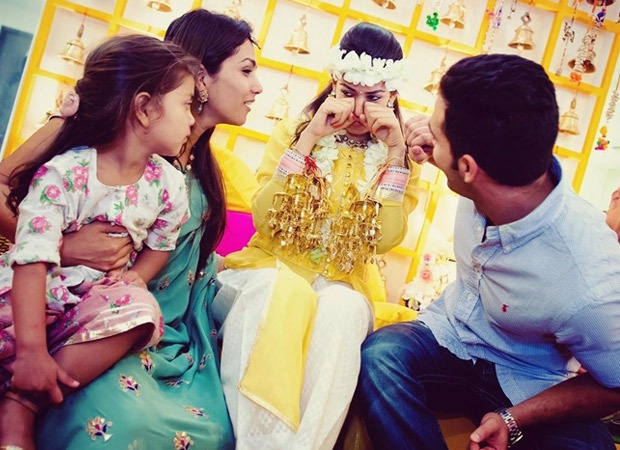 "Down memory lane.. It’s the bittersweet memories that are etched most strongly in one’s heart. Missing the moment, missing the company, missing the celebration," she wrote. Check out the photo below.

Down memory lane.. It’s the bittersweet memories that are etched most strongly in one’s heart. Missing the moment, missing the company, missing the celebration ❤️

Mira and Shahid Kapoor tied the knot in July 2015, after their families met a religious ceremony in Delhi. Happy parents to children Misha and Zain, the couple has been often made headlines for their social media PDA.

Many a times, rumours of Mira following her husband's footsteps and joining the film industry have also floated. While that is yet to come true, Mira has already appeared in a television commercial of a skincare brand, and is quite a social media influencer already.

Sunny Leone raises the oomph in a monokini…