Shahrukh Khan and Gauri Khan's daughter Suhana Khan, Chunky Panday and Bhavna Panday’s daughter Ananya Panday and Sanjay Kapoor and Maheep Kapoor's daughter Shanaya Kapoor, have been best friends ever since they were toddlers. The three are often clicked together when they are spotted spending time together in the city. While all three have grown up to become gorgeous ladies, Maheep Kapoor shared a throwback picture of the three friends along with their mothers on her Instagram handle. 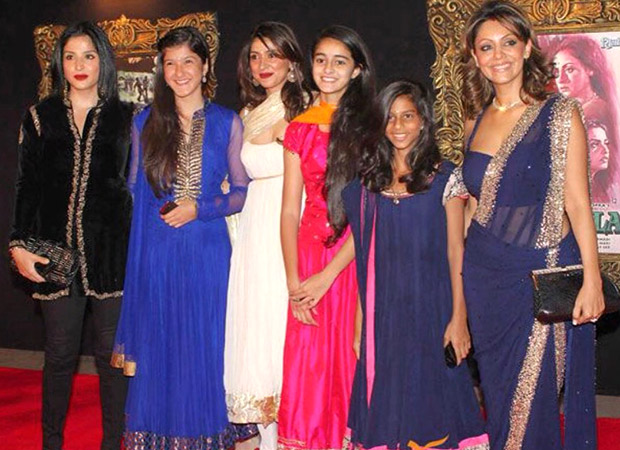 Featuring Maheep, Shanaya, Ananya, Bhavna, Gauri and Suhana, the photograph has been clicked at an event and the ladies look absolutely unrecognizable. Along with the post, Maheep wrote the caption: “#TimeFlies”.

Ananya Panday made her debut this year with the film Student of the Year 2, where she was cast alongside Tiger Shroff and Tara Sutaria. The young actress is now gearing up for her second release Pati Patni Aur Woh which is slated to release in December. She will be seen alongside Kartik Aaryan and Bhumi Pednekar in the film directed by Mudassar Aziz. The actress has also started shooting for her third film titled Khaali Peeli in which she will be seen opposite Ishaan Khatter.