Veteran actor Rishi Kapoor passed away a month ago on April 30 after his prolonged battle with leukemia. The family is grieving as Riddhima continues to remember him by sharing some of the precious memories from the past. 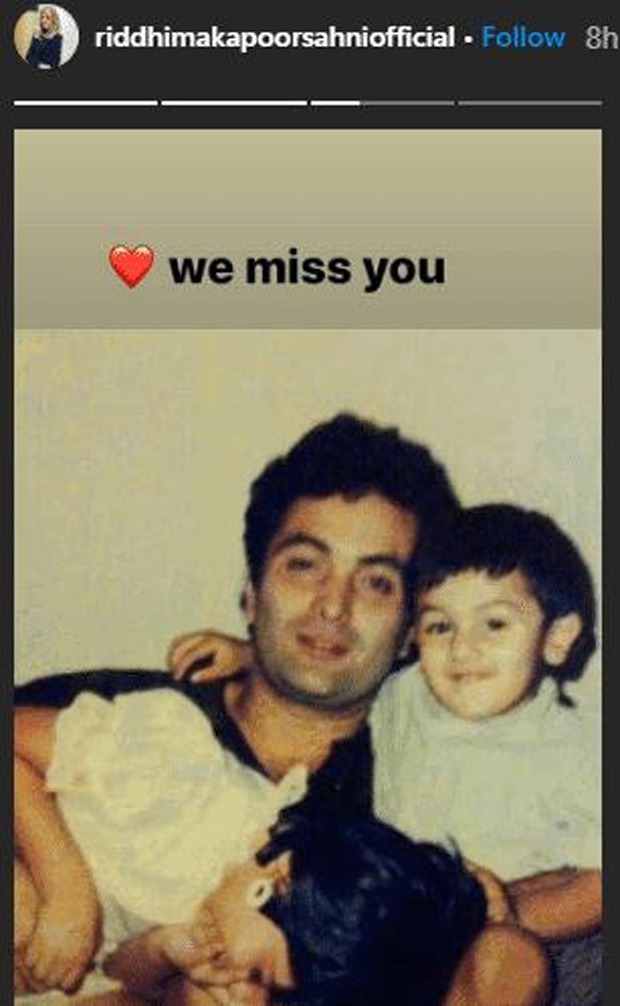 On Sunday, Riddhima Kapoor Sahni shared a throwback photo of baby Ranbir Kapoor adorably sitting on his father, Rishi’s lap as she is seen playing and laughing. The photo is absolutely precious. She wrote "we miss you" with a heart emoji.

Rishi Kapoor was in New York for almost 10 months getting treated for his cancer. His last release was The Body starring alongside Emraan Hashmi.

Rishi Kapoor was set to star in the Indian remake of the Hollywood film The Intern alongside Deepika Padukone. He had also completed Sharmaji Namkeen with Juhi Chawla which is yet to be released.