Last Updated 09.08.2020 | 7:07 PM IST
feedback language
follow us on
Home » News » Bollywood Features News » Bollywood News This throwback picture of Salman Khan and Divya Dutta will take you back to the 90s

National Award winning actress Divya Dutta is known to be very active on social media. Just like everyone, the actress sometimes shares old photos which everyone nostaglic. She recently shared a throwback picture with Salman Khan from the past and we couldn't stop ourselves from feeling nostalgic about the 90's era. She mentioned how Salman was her favorite actor and visited him on the set while he was filming. Following her acting passion, she did film Veergati with Salman Khan later in 1995. 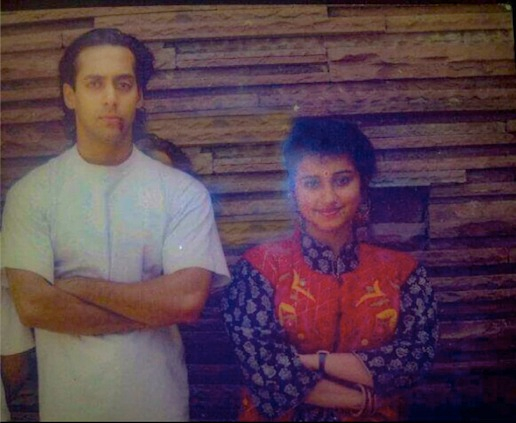 She posted the picture with caption that read, "Blast from t past! Summer holidays I came to see my fav @beingsalmankhan salmankhan shoot... didn’t know that time I wud be working with him a few years later!!! P.s don’t miss t similar pose."

Divya Dutta's recent film Music Teacher, that premiered on a streaming platform few days back, is gaining positive reviews from all around the country and her role in the film is being highly praised by netizens.

On the work front, Salman Khan will be next seen in Bharat which is set for Eid 2019 release.

ALSO READ: PHOTOS: After Race 3, Salman Khan and Bobby Deol team up for a short team titled Every Single Breath