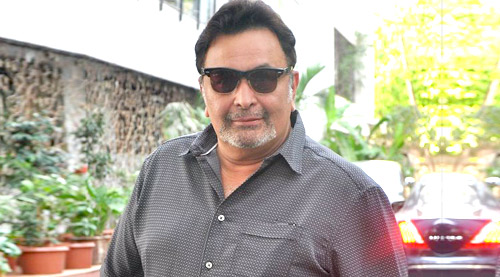 Versatility, thy name is Rishi Kapoor. The proof of this is his next film Shakun Batra's Kapoor & Sons in which Rishi Kapoor plays Fawad Khan, Sidharth Malhotra and Alia Bhatt's 90-year old grandfather in. The film was recent being shot in Coonoor.

And to think this is where Rishi's career started in 1968 when as a gangly teenager he was launched as a love-struck school boy in his father Raj Kapoor's Mera Naam Joker.

Says Rishi Kapoor, nostalgically, "These are the very same Nilgiri Hills, the Blue Mountains where I was launched as adolescent in Mera Naam Joker. So, from an 18-year playing an adolescent I am back to the same spot as a 62-year old playing a 90-year old. Not bad, huh?"

Rishi Kapoor says the role in Kapoor & Sons is the most challenging one of his career. "To perform as a 90-year old has been my most daunting challenge as an actor. Chale ya naa chale pataa nahin (I don't know if the film will click) but those who like my work will be very proud of me."