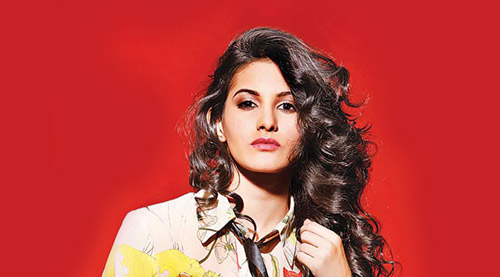 When she made her big screen debut in the romantic affair Issaq a couple of years back, she went through contrasting emotions. On one end the film was panned in a major way, on the other hand she was universally appreciated by those select few who saw her with Prateik as her co-star. Two years down the line, Amyra Dastur is returning to Bollywood with Mr. X, and this time she has Emraan Hashmi for company in the Vikram Bhatt directed affair.

The film has you along with Emraan Hashmi. How does your onscreen pairing work for the film?
Emraan is a really easy co-star to act with. He is used to working with newcomers though as he has done a lot of movies with them. He knew how to behave and make someone like me comfortable. I was really nervous to begin with. I had to act with him, who has done so many movies, and then have a director like Vikram calling the shots. This isn't all as (Mahesh) Bhatt saab was there on the sets and then Mukeshji, Sakshi and Vishesh used to come over as well. The entire Bhatt 'khandaan' was there (laughs). It was all so nerve wrecking but then also a lot of fun. There is good chemistry between Emraan and me.

How exactly? After all, you are getting into a passionate encounter with a man who is not even visible on screen?
(Laughs) You don't know how many pranks Vikram and Emraan were playing on me for that. Like in that underwater kissing scene, there is no one there with me. I was basically kissing water. And then Emraan suggested that a Bisleri bottle is put and I kiss that. Vikram asked me to kiss a lollypop instead. Basically, they messed around, but it all turned out really well. We all can see that scene now, but honestly; when I was doing the scene I was really worried. I was a really surprised with the end result as I had wondered if it would all look stupid on screen.

Films coming from Bhatts are known for projecting their women quite well. Was that reassuring for you to pick on the role of an international cop in Mr. X?
I was really happy to be working with them. I am just 21 and to be doing a film with Bhatts so early in my career is great. That said, I was skeptical about choosing my next film after Issaq. I am just entering Bollywood; I couldn't have made a wrong move. Also, though my parents are liberal, there is a certain line that I can't and won't cross. I still live in their house with them. I can go out and act without any kind of trouble. In fact, as a teen, I wanted to model and they said that it was okay. They gave me certain freedom and I can't misuse that.