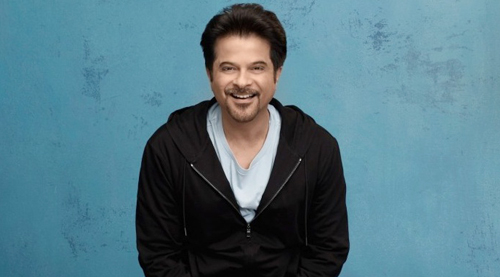 "In an ensemble cast, only people who are team players should be cast," said Anil Kapoor in a Bollywood Hungama interview in Abu Dhabi on the sets of Welcome Back. The mark of a great actor or a good professional is the amount of focus he/she invests in every single thing that they do, which includes giving interviews. Kapoor listens to every question quietly and attentively, doesn't get flustered if you ask him a tough question and gives genuine requisite respect to journalists (especially the ones who don't believe in undue gossip or misreporting). "Yes, the last ten years have been the best years of my life," Anil says reflecting on the success of Khoobsurat, 24 and his son preparing to enter movies. He also shares his views on the obsession with big Box Office numbers and why the appreciation for films like Woh Saat Din, 1942 A Love Story or Virasat means more than the huge collections of some of the other films.

How does it feel to get back to the Majnu bhai avatar?

Great. We are almost done with Welcome Back and we have shot inside the famous Emirates Palace. In the film, it's supposed to be Naseeruddin Shah's palace.

Welcome was a huge hit and when you make a sequel, the expectations are 10 times moreâ€¦

Really? I think it all depends on how you pitch the film. Our attempt was to make an entertaining film and not a great film. We wanted to make a film that people from all walks of life - from masses to classes - enjoy and have fun with. Keeping all these things in mind, I don't think people go with such expectations - they just go to enjoy a film. The team of the film anyways is capable of providing wholesome entertainment to the viewers. But you never know how people will take it. But on the face of it, it is looking very exciting.

So does your character still carry the paint brush, wear goggles and walk in a filmy style?

Yes, lot of trademark styles of Majnu bhai is still there!

Yeah, but basically in Welcome Back, hum log shareef ban chuke hai. The film begins with us as hoteliers. And that's what I can disclose right now, that we are no longer typical bhai's. But I am sure people would enjoy the film. Also, it was tough to find replacement to Feroz bhai. And Naseer doing the film has added to the film a lot. I am doing a film after almost 18 years. I have 3 films with him - Rajkumar, Woh 7 Din and now Welcome Back.

What are the qualities that an actor should have especially in a multi-star setup?

In an ensemble cast, only people who are team players should be cast.

Yes, of course. I'll start shooting for it once I finish Welcome Back.

Mr Amitabh Bachchan also stepped into fiction TV shows with Yudh but it wasn't appreciated as much as 24...

Let's not make comparisons. There were 2 award ceremonies for television. We won 10 out of 14 awards in these ceremonies without any agenda or knowing some inside person or jury member. So it's not only success of the show. It's the aesthetics, integrity, honesty and how you've raised the bar that matters. It feels good when people say that 24 was a game changer for television. The intent was not to make money; the intent was to make something good. If you put your mind and heart to it, it'll become interesting. And it applies to us also when we take up a job. We go through a lot of pain and faces immense problems like budget issues, long hours of work, convincing people and managing production costs. But if the intentions are honest, ultimately result achcha hi hoga. Then during the release of the film, during the first week or first 10 days of release, jo dushman hota hai, they try to mislead you by saying 'baat nahin bani, sir'. But ultimately, we come to know how the audience reacts to the film.

How do you look at the entire '100-crore-club' phenomenon? In today's time, a big film needs to cross this milestoneâ€¦

What matters is if the film is good. It also depends on the price of the film. Race 2 crossed 100 crore but it's not a film that adds to your clientele. But there are films like Lamhe, Virasat, 1942 A Love Story etc which haven't done that kind of business but people still talk about it and this matters to me a lot.

Is it true that Welcome Back has been shot in Burj Khalifa? Your Hollywood film Mission: Impossible - Ghost Protocol was also shot in the same buildingâ€¦

I am much happier with the success of Khoobsurat as compared to 24, more so because they made it at a very limited budget. Initially, Rhea (Kapoor) came to me with a budget of Rs 15 crore. I had apprehensions and I spoke to my friend (producer) Jayantilal Gada who suggested that if I need to make the film a hit in first week, I should make it in 12 crore. The unit got depressed and fights and arguments took place. I suggested cutting down on unnecessary costs. A couple of songs involving grandeur and loads of dancers was chopped. People were requested to not charge us so much. Finally, we managed to make the film in 12 crore and that's the reason why it's a big success. If Daawat-e-Ishq had not clashed with Khoobsurat, the film would have been known as a super-hit on the first day. Because since both the film catered to same kind of audience, the business got divided. But business on Saturday and Sunday gave an indication that the film has taken off. Sunday collections were almost 6 crore. We didn't have the backing of YRF or Aditya Roy Kapur, who came after the blockbuster Aashiqui 2, as in the case of Daawat-e-Ishq. Nobody knows Rhea and Shashanka Ghosh and as a producer, I've not given a blockbuster. So it's only Sonam and the content that pulled it off.

Fawad Khan also was a huge draw. He has huge number of female fansâ€¦

Rhea reportedly is doing another film that doesn't star Sonam and it has music by A R Rahman. Do you find this trend interesting of Rhea trying to explore newer avenues?

It's all about content and script. These are the scripts that have come to Rhea and she liked and developed it. And it's tough to make film with newcomers as the trade doesn't come forward with the monies. Even Khoobsurat wasn't immediately picked up by Disney. And I encouraged Rhea to work with Disney because with them, everything has to be planned in terms of budget, contract. And this next film which is tentatively titled Saat Hindustani is going to be a tougher journey than Khoobsurat. And getting A R Rahman wasn't a joke; after all, why should he do films with a new producer? I told Rhea, main (Rahman se) milwa dunga, baaki tum logon ka kaam hai.

Do you think this is the best phase of your career - you've made waves not just in films but also on television, Sonam is doing great and your son is all set to debut?

Yes, the last ten years have been the best years of my life.