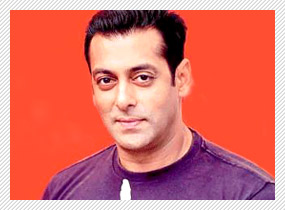 Given the impressive success ratio of Salman Khan starrers over the past few years, Star Network struck a deal with the actor for obtaining satellite rights of all his upcoming films in the next five years.

"Apart from making good money at the box-office, his films also receive overwhelming TRPs. Keeping in mind his successful track record, we went ahead and struck a deal with him," says Hemal Jhaveri, executive vice-president and general manager, Star Gold and Movies OK.

As per the contract, Star Gold (Star Network) gets the exclusive satellite rights to broadcast all films featuring Salman Khan that releases between January 2013 to December 2017 - which may include Kick, produced by Sajid Nadiadwala, Sohail Khan's Radhe, No Entry Mein Entry a sequel to No Entry produced by Boney Kapoor and also Sooraj Barjatya's family drama.

First of its kind

While earlier such deals about satellite rights were between the channels and the producer/studios (of the films), this is the first time that a channel locked a deal with an actor.

Talking about this one of a kind deal, film-maker Ramesh Sippy opines, "Today all top actors have their production houses. They also have shares and stocks in the media and TV channels. So such deals are not surprising. Big stars will always have a hold over the market."

Who gets the money?

Interestingly, since it's a contract between a channel and an actor, Star Network has announced that it will pay Rs. 500 crore to the actor. It can be thus assumed, that each Salman Khan film will approximately be priced at Rs. 50 crore and that the actor will do two films on an average, per year.

So, with channels now approaching the stars directly, should the producers worry about their business in terms of the satellite rights? When Screen contacted Subhash Ghai, who has announced a film with Khan, this is what he had to say, "It is an open business, such business models keep changing. With money, comes power and people with power get a lion's share of profits. Let it be put to practical use, then we shall talk about it. Everybody will get their share of profit. Mera hissa divide hoke mujhe mil jayega."

While Star Network celebrates this first of its kind deal, Jayantilal Gada, CMD Pen India Pvt Ltd, an exclusive agency for Zee Network which takes care of their movie business, points out certain loop holes in this new venture and calls it an impractical affair.

Though a difficult task, Saurabh Tiwari, ex-programming head of Colors and Imagine TV feels that it is possible for the deal to work out. "I am sure recovering Rs. 500 crore would be a difficult task for channels with single platform, but considering that Star Network has so many channels belonging to various genres, it should be easy for them," he says, adding, "Today all the leading GECs are separated by only a few TRPs in terms of ranking, and one good weekend movie is a game changer. They have booked Salman Khan's films for Rs. 500 crore for five years and by showing this content on different channels of their network, I think they can easily recover the money and make a profit."

Over the years producers have had personal tie-ups with television networks. For example YRF has always given the rights of their films to Sony TV, which recently telecast Ek Tha Tiger, starring Salman Khan.

Keeping these points in mind, Gada feels that each of the producers of a Salman Khan starrer would have to sit and discuss with the star if they are okay with telecasting their film on Star Network.

"That is not possible. The actor and our company are contractually bound. What the producers say is not our concern. We have done a deal with Salman, and we shall not tamper with our contract and change terms and conditions as and when required," affirms Jhaveri.

In that case, a time will come when even the channel (Star Network) would manipulate their decision of whether they want to telecast a Salman Khan film. "What if in these five years Salman's films don't work? The channel will then have to decide if they want to bear the losses and air his films even if they flop," establishes Gada.

Earlier there have been many instances where TV channels have bought rights of the films which were yet to release. Even after such films bombed at the box office, the television networks have continued to screen them on TV, the recent example being Players.

Today, the cost of buying the satellite right of a big budget Bollywood movie, on an average is Rs. 50 crore. Assuming that if every year, two Salman Khan starrer's release, then Rs. 500 crore for five years is justifiable. While some call it an impractical deal, this new business model works safe for both the parties.

According to Tiwari, the growing inflation may see the price of buying the satellite right rise to Rs. 60 crore or more instead of the estimated cost of Rs. 50 crore. Since Star Gold has already signed a contract for Salman Khan's films, they shall not fall prey to the rising cost for at least five years, no matter how big a hit the film is.

On the other hand, even if Khan delivers a flop at the box-office, he will not have to worry about the recovery of his film by way of satellite rights, considering that he has already sold his project to Star Network at the rate of Rs. 50 crore.