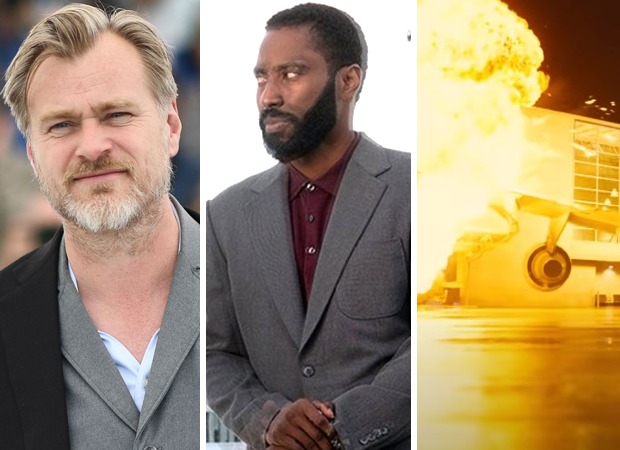 Nolan, known for some incredible action-packed scenes, has used an actual Boeing 747 plane that was bought onky to blow it up in an important sequence. In an interview with Total Film magazine, the filmmaker revealed, “I planned to do it using miniatures and set-piece builds and a combination of visual effects and all the rest. However, while scouting for locations in Victorville, California, the team discovered a massive array of old planes.”

“[It was] actually be more efficient to buy a real plane of the real size, and perform this sequence for real in-camera, rather than build miniatures or go the CG route,” he added stating buying the plane was rather best option.

“It’s a strange thing to talk about – a kind of impulse buying, I suppose,” Christopher went on. “But we kind of did, and it worked very well, with Scott Fisher, our special-effects supervisor, and Nathan Crowley, the production designer, figuring out how to pull off this big sequence in camera. It was a very exciting thing to be a part of.”

Armed with only one word—Tenet—and fighting for the survival of the entire world, the Protagonist journeys through a twilight world of international espionage on a mission that will unfold in something beyond real-time. Not time travel. Inversion.

It was filmed across seven countries. And it will be filmed as per Nolan's preference using IMAX and 70mm film. It will be an action-packed film. Warner Bros. will release Tenet in theaters soon instead of July 17, 2020 amid the coronavirus pandemic.