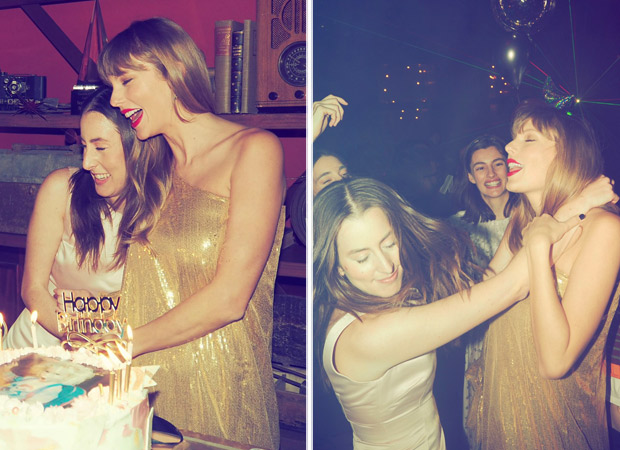 The Evermore singer celebrated her birthday surrounded by some celebrity friends, including the HAIM sisters, Diana Silvers and Gracie Abrams. Swift shared her birthday celebrations with Alana Haim, who turns 30 on December 15. Taking to her social media, Taylor shared pictures from the birthday bash. Swift captioned a photo of herself and Alana dancing at their party, "don't say it, don't say it OKAY I'm saying it: I'M FEELIN 32.And Alana is feeling 30."

She added, "Don't worry we tested everyone! Thank you so much for the birthday wishes, I love you all so much."

Fans also noticed that on Swift's birthday cake was a photo of a baby photo of the singer wearing a The Little Mermaid shirt while opening her mouth wide surprised.

Cardi B retweeted a photo of herself and Swift from a fan account celebrating the singer's birthday. Meanwhile, Carole King wrote, "Happy birthday Taylor!" as she shared a photo of the two.

On the work front, Taylor released a short film written and directed by her, All Too Well, which starred herself, Sadie Sink, and Dylan O'Brien on November 12, alongside Red (Taylor’s Version). ‘All Too Well’ features the extended re-recording of her 2012 song by the same name. Swift was also cast in David O. Russell's untitled film slated for release on November 4, 2022.