Actor Tassnim Shaikh, who plays the role of Rakhi Dave in Rajan Shahi’s Anupamaa, says that she loves the way her career has panned out. The actor has been part of the industry for many years now and says that she is proud of the roles that she has done. 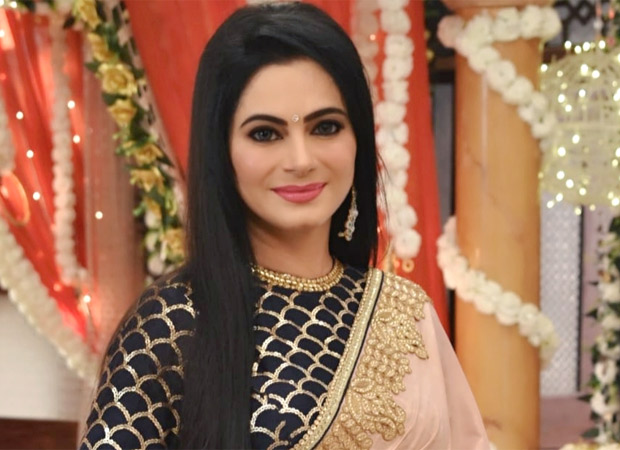 “I had a beautiful journey. I started working in 1997 and since then, it has been a very smooth and beautiful journey. God has been very kind and I never experienced a roller coaster ride in my career. So far, I have done some amazing characters on very good shows on Indian Television which people still remember. I am very thankful to this television industry as it was here that I found my husband, my family and this television industry has become my family too. My journey has been very happy and nice and today when I look back, I can smile with all my heart,” she says.

Ask her which roles are closest to her heart, and she says, “The first name that comes to my mind is Jyoti from Kkusum, where I played a positive role. Jyoti was exactly like how I am in real life and so playing her role was never a performance for me. When I entered this industry, I was slightly scared and nervous but had a lot many hopes to prove myself and I was very hardworking. I was similar to how Jyoti was and I will always remember Jyoti for this reason.”

“Secondly, I always remember Renuka from Kumkum. This was a negative character but that was also a game-changer to me. By playing this negative character, it created a whole different image of me in the industry and the perspective changed. Till date, I am doing negative roles. Mohini is a character that I still miss and was the most loved negative character on TV.”

Talking about her character in Anupamaa, she says, “The feedback and the responses that I used to get for her are similar to what I get now for Rakhi Dave. Rakhi Dave is one such character which I will cherish and she is one of my favourites. Rakhi Dave is a strong-headed person who is very caring towards her child and is someone who wants to maintain standards for herself and her family. She is one such negative character who is supported and loved in spite of being dark. And, of course, Ruqaiya Begum was my first character in a costume drama, and I loved her. Through her, I experienced the aura of a surrounding like Sheesh Mahal and be the queen. I wanted to feel that era and the set was so beautiful that I have no words but to cherish all the memories which are close to my heart.”

Tassnim also feels blessed to be part of the daily drama Anupamaa which stars Rupali Ganguly in the lead. The actress says, “I took up this show just because it belongs to Rajan Shahi's productions. He is one producer who I really wanted to work with. After my daughter was born and I took a break, I saw the journey of Rajan Sir as a producer with the content he has made for the television. So, I wanted to make a comeback with his production and I am so grateful. When I got the briefing of this character, I was still not sure whether I should do it or not as it was not in the main family and all the characters who I have taken up till date have belonged to the main family. But I followed Rajan Shahi sir's conviction as he said, ‘Tassnim, you should take this, you will really enjoy it’ and I said yes for it and I am so thankful to have believed him. Today, the cast and crew are like my second family and I love shooting and being on the sets"

She further adds that, “For any actor, success of the show means a lot and thank god, I have been really blessed for being part of one the best shows. All my shows have been super hits and have performed really well and topped the TRP charts. I feel like a blessed child to have been a part of such wonderful shows in my journey be it Kyunki Saas Bhi Kabhi Bahu Thi, Kkusum, Kumkum or the current one Anupamaa.”