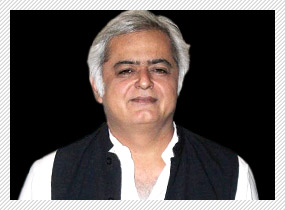 Director Hansal Mehta feels that taking objections to film titles and forcing filmmakers to change it on the eve of a film's release, is an absurd exercise.


We live in an age of intolerance, and we see the signs of that in the world of cinema too. Sanjay Leela Bhansali's Goliyon Ki Rasleela Ram-Leela is an example of it. Someone took objection to the film's original title of Ram-Leela on grounds of religion and the filmmaker was forced to add 'Goliyon Ke Rasleela' to it. In another instance, salon and beauty parlour associations took objection to the word 'barber' in Billu Barber, and so the filmmaker released the film as Billu. It's not only a sign of intolerance, but very absurd.


The title of a film is sacred to a filmmaker. It is pristine and is a symbol of the film. There are times when a filmmaker gives in to the change of the title as it then becomes a case of 'What's in a name?' They are satisfied as long as the film's content or script is not tampered with. But the change in the film's title can sometimes end up looking silly. Like Ram-Leela which eventually ended up as a long title.


Having said that, I am not surprised to hear these stories crop up around the time of a film's release. Filmmakers are soft targets. They may make films on larger-than-life characters and issues, but are essentially docile by nature. We don't think beyond the weekend. So putting a stay order on a film that's about to release is the easiest way to bully a filmmaker. The reason could be anything, but all these protests on grounds of religion; community etc is spurred by vested interests. If a film on national integration does not seem to unite the country, how can a film's title stir trouble?


Sometimes a filmmaker has to change his film's title because it has already been registered by another. There are some filmmakers who don't make films, but just keep registering film titles. It's a racket. And they usually wake up at the last minute to lay claims to the title, when they could have done it earlier.


The bottom line to all of it is intolerance, which has crept into every sphere. Though I have not been in a situation where I've had to change the film's title, I have been a victim of this kind of hate-mongering too, during the release of Dil Pe Mat Le Yaar. Someone from the Censor Board took offence to a dialogue in the film, and my office was vandalized and I had to apologize. How would I react today, if I was held at ransom and made to change the film's title? Ideally, I would not want to succumb. But like I said, filmmakers are soft targets even due to the nature of the film's business. It's not an individual fight; it involves big money and investments.


How do you prevent such situations from cropping up again and again? We have two producers associations, yet there's nothing to keep the troublemakers at bay because of arbitrary rules and regulations. Legal and government support with standardization in policy making will definitely be effective in keeping filmmakers from being preyed upon by vested parties and protect their creative rights.


As told to Priya Sugathan

How Sushmita Sen missed the chance to work…