Taapsee Pannu was shooting for her upcoming film Shabaash Mithu in London at the Lord's cricket ground. The film is based on the life of Indian cricketer Mithali Raj and her role will be essayed by Taapsee. 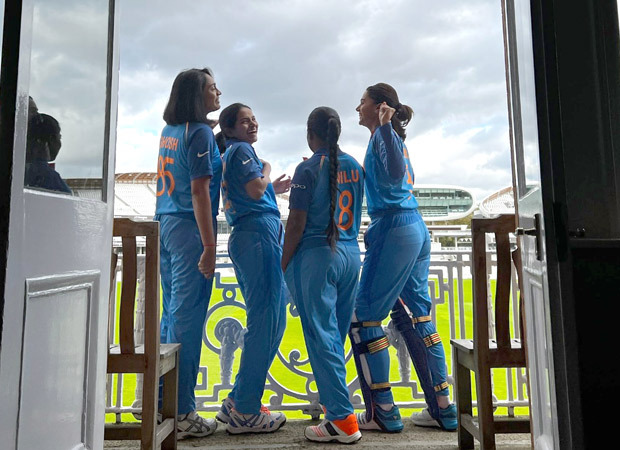 Now, the actress has wrapped the shoot of the film Shabaash Mithu and shared a still from the film. In the picture, Taapsee can be seen posing on a balcony overlooking the Lord’s stadium with fellow actors also sporting the Indian jersey.

Produced by Viacom18 Studios, directed by Srijit Mukherji, and written by Priya Aven, Shabaash Mithu is the inspiring tale of the captain of the Indian Women’s Cricket Team, Mithali Raj. An inspiration to millions of young girls in the country, her life is now all set to be documented on the silver screen in this biopic.

ALSO READ: Taapsee Pannu shares the poster of her upcoming Telugu film Mishan Impossible; says it is a film with a big heart