Sushant Singh Rajput passed away on June 14. He was found hanging in his apartment in Mumbai. The Mumbai Police based on the autospy report submitted by a Mumbai hospital claimed that it is a case of death by suicide. However, family and fans of the actor were not convinced with the suicide theory and demanded a probe by the CBI. 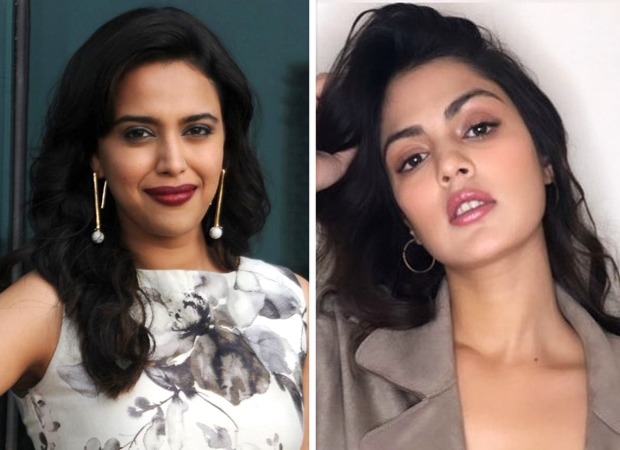 On Saturday, the AIIMS submitted the final autopsey report and ruled out the murder angle. They also dismissed the theories about strangling and poisoning and said that the actor died by suicide. Post this confirmation by the AIIMS team, actress Swara Bhasker asked for the release of Rhea Chakraborty who is currently under judicial custody. In a tweet supporting a statement by Congress leader Adhir Chowdhury who demanded Rhea's release, Swara wrote, "“Well done sir!” and used the hashtag “Release Rhea Chakraborty.”

In his tweet, the MP wrote, “We are all pained by the expiry of Sushant ji but he cannot be honoured by falsely implicating a lady as an accused, I have earlier said that Rhea Chakraborty was an innocent lady, she should be released without further harassment to her, she has been the victim of Political conspiracy.”

Rhea Chakraborty was arrested by the Narcotics Control Bureau(NCB) in the first week of September for procuring drugs. The actress has been sent to custody till October 6.

ALSO READ: Kriti Sanon and Swara Bhasker slam BJP MLA Surendra Singh after he says that parents should instill ‘sanskaar’ in their daughters to prevent rape