Sunny Deol and Ameesha Patel starrer Gadar 2 kicked off its shooting on Wednesday in Lucknow. Yesterday, the director of the film, Anil Sharma along with his production team, conducted a camera rehearsal at the La Martiniere College the whole afternoon. 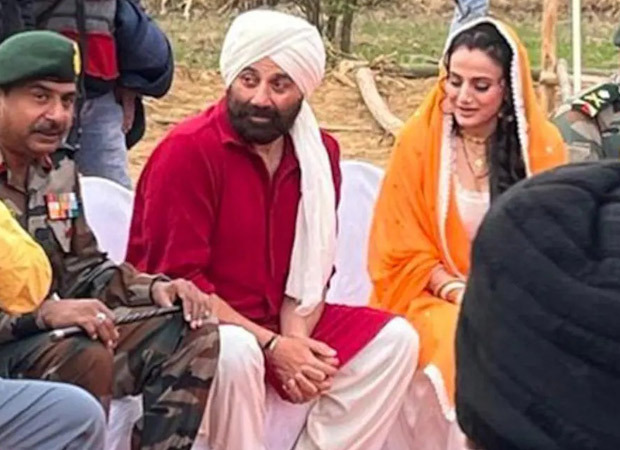 As per reports, the team will finally start shooting in and around Lucknow from today onwards. The film will be shot across several places in Lucknow including La Martiniere, Mehmoodabad Estate at Sitapur, Kakori, Malihabad, Chhota Imambada, among other places.

Actors Sunny Deol and Utkarsh Sharma, who have already begun shooting for the film, will be on joining this schedule for more than a month. Ameesha Patel will be joining the cast later this month.

The first schedule of the film kicked off in December last year in Palampur. In the film, Sunny Deol reprises the role of Tara Singh, whereas Ameesha plays Sakeena and a now grown-up Utkarsh plays their son Charanjeet aka Jeete. The sequel to the film has gone on floors after a gap of 20 years in North India, taking the story ahead from where the first one left us.

Ahead of the film's shoot, various junior artists created an uproar at La Martiniere College claiming that they were denied their fees and were not provided with basic amenities. However, the film production team said that the shoot is scheduled to start from March 4, and claimed it was a stunt to grab limelight.

Meanwhile, a source from Lucknow line-production team informed a tabloid that there is no question of denying fees as the shooting has not started yet. The source informed that the confusion was created by a local casting coordinator and junior artistes were called just on the sets just to get a fair idea of the shoot. The local police intervened upon the matter and everything has been sorted out. Another source had informed the tabloid that more than required people turned up for the shoot and they all wanted to be accommodated on the first day.