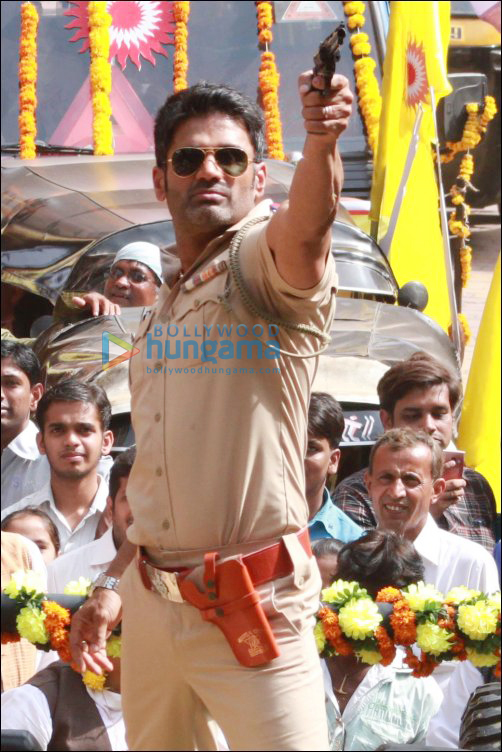 A couple of months ago, we reported that Suniel Shetty would soon be returning to the action genre with the remake of the popular Malayalam film Keerthichakra directed by Major Ravi.


However, we have now learnt that Suniel will also be seen in Ashu Trikha's Enemy and Vishram Sawant's Shooter. The actor would be seen playing a cop in both the films. While Enemy is an emotional film, with some stylized action, Shooter is a hard-core action film, with raw street fights and is based on the story about a cop and his informer.

Suniel Shetty is all praise for his Hera…