Varun Dhawan and Anushka Sharma, the newest onscreen pair in B-town, are busy shooting for YRF‘s next titled Sui Dhaaga– Made in India. The actors have gone de-glam for their characters as Mauja and Mamta. The shooting began in Chanderi last month and the first schedule was wrapped up a few days ago.

Anushka Sharma and Varun Dhawan began the second schedule of Sui Dhaaga- Made in India in Bhopal a few days ago. They have been continuously shooting for the same. We got our hands on the latest pictures from the sets of the film. Varun and Anushka are seen filming a pretty intense and emotional scene at a bus stop in Bhopal. A huge crowd was gathered while the lead actors continued to shoot. 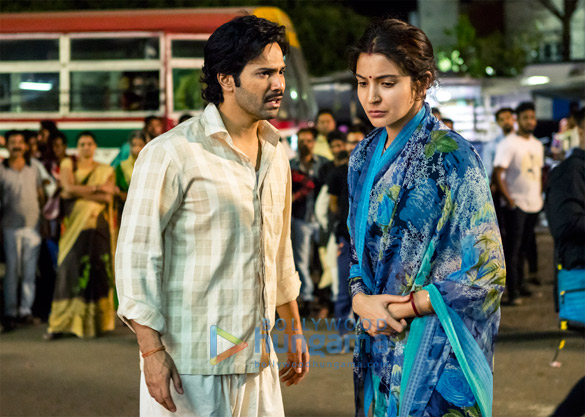 Varun is seen casually dressed with his signature moustache for the film. Anushka, on the other, is seen in blue printed saree with pretty simple makeup and sindoor. In another still, Varun is seen saying goodbye to her amidst fan frenzy. 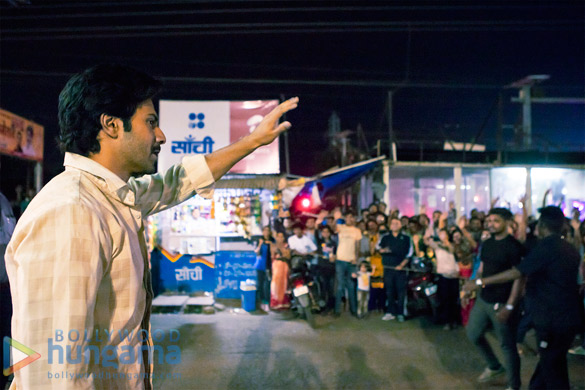 Sui Dhaaga- Made in India is a film about finding love and respect through self-reliance. The film’s plot is inspired by the hugely acclaimed Make in India campaign. Directed by Sharat Katariya, Varun Dhawan will be seen as a tailor and Anushka Sharma is as an embroiderer in the film. Yash Raj Films’ entertainer is set to release on September 28 this year.