Suhana Khan is a shining star all set to make her debut soon with a smashing Bollywood film and what better way to introduce her than a stunning cover on Vogue! Suhana was a picture of poise, grace and oodles of charm on her very first cover. She looked drop dead gorgeous in couture styled by Anaita Shroff Adajania and her behind the scenes video hints that she has all the makings of a future Bollywood diva! While Suhana strutted brilliantly for the camera she revealed some secrets about herself. For example, do you know she has crooked fingers or she is just as shy as her papa Shah Rukh Khan? Well, and just like us she loves watching Black Mirror and can't get enough of Orange Is The New Black on Netflix! 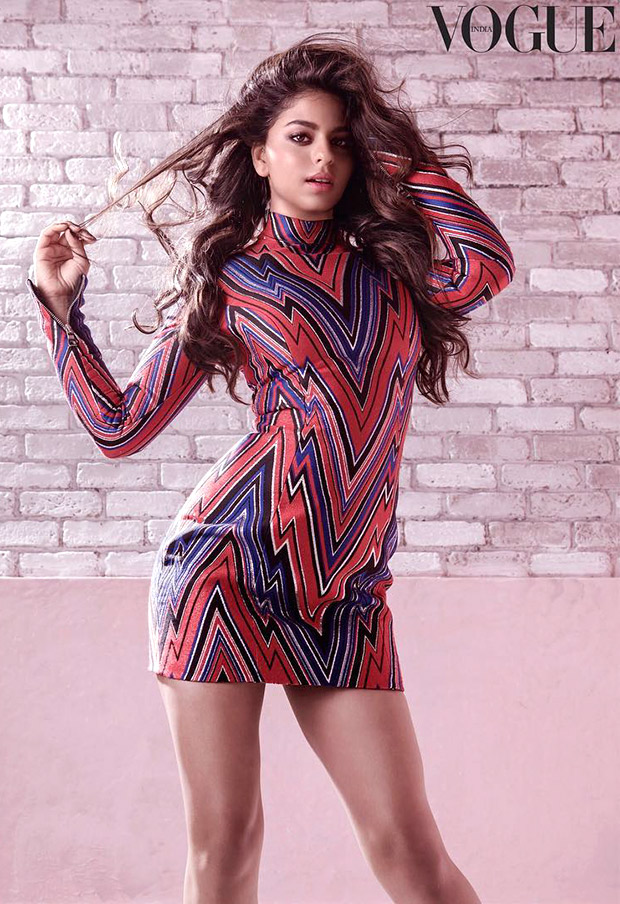 One can see already so many similarities between her and her famous father! She has the same easy charm in front of the camera, just like her dad and we're sure she will be just as mesmerizing on screen! She loves theatre and has been studying acting in London. Now that she's Bollywood ready, we will get an official announcement from the Khans soon! Meanwhile, papa SRK took to Twitter to welcome her to the world of glamour and showbiz and wrote, “Holding her in my arms again thanks to Vogue. ‘What imperfect carriers of love we are...” except when it comes to our children. So sending u all my love & a big hug. Hello Suhana Khan!”

Check out the video down below and tell us if you're excited for Suhana's debut too!

EXCLUSIVE: Urmila Matondkar on nepotism and…