Not too long ago, we had reported that Suhana Khan was in Ardingly, United Kingdom where she completed her graduation recently. Her parents Shah Rukh Khan and Gauri Khan too attended the graduation ceremony at the University, followed by which the teenage girl also celebrated the moment with her schoolmates. Now that she has completed her school, it seems that the young girl decided to return to Mumbai for some time before she takes off for higher studies. Needless to say, she also caught up with her friends Ananya Panday and Shanaya Kapoor during the visit. 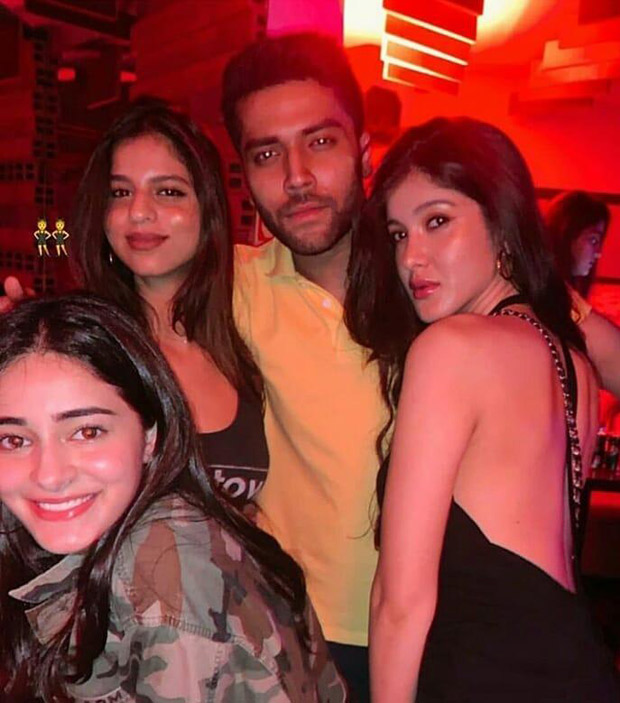 Ananya Panday, who has shot to fame with her debut in Student Of The Year 2, had dedicated a special post to her bestie Suhana Khan and so did Shanaya Kapoor on the star kid’s birthday. Now that she has returned to the city, it seems that the trio decided to catch up and hang out. In a recent post that has been doing the rounds on social media, we can see Shah Rukh Khan and Gauri Khan’s daughter partying with Ananya Panday and Shanaya Kapoor.

Coming to Suhana Khan, she recently won an award for immense contribution to theatre during the graduation ceremony. Needless to say, she is prepping up to make her debut in Bollywood. However, her father Shah Rukh Khan has clarified in reports that she would enter the film industry only after she completes her studies. On the other hand, her bestie Ananya Panday has already kicked off her second film, the remake of Pati, Patni Aur Woh. On the other hand, Shanaya Kapoor too is expected to have started off as an assistant director and is expected to make her debut soon.

Also Read: Suhana Khan looks stunning as she shines in this bodyfit outfit at her graduation party with friends!