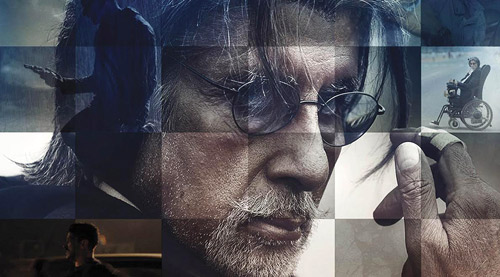 If as cliche goes, first impressions are the lasting impressions, then Bejoy Nambiar's Wazir gets it right from the outset. Every major character gets a fabulously

inviting introduction, one that makes us in the audience want to know more about them, as the tightly-wound script progresses in a hurling but balanced tones. Who are these interesting people? Why,

in the film's heart stopping preamble, does Danish Ali (Farhan Akhtar) do what he does? His action (can't reveal what it is!) triggers off a chain of events that can only be described as


Farhan's Danish is an intriguing bundle of contradictions, nervous yet valorous, rebellious yet defeated by a tragedy that defines his life for the entire film. It's what Varun Dhawan went through

in Sriram Raghavan's Badlapur but only far more devastating in its ramifications.


Even as we try to understand the workings of Danish's mind, the script, always ahead of us, introduces the amazingly spirited paraplegic Pandit Omkarnath Dhar. From his first moment on screen

Amitabh Bachchan takes possession of his character as only he can. We first see him surrounded with intelligent little children whom he teaches how to play chess.


The game of shatranj is used to shut away the ranj (grief). A lot of the dialogues on life's vagaries expectedly use chess metaphors. But dialogue writer Abhijeet Deshpande never goes over

the chess board. The grief stricken characters speak as though life has taught them to be wiser than they would sound otherwise. I especially liked Mr Bachchan's words on how an individual's grief

can affect those around the bereaved.


In no time at all Farhan's Danish and Bachchan's Panditji become the unlikeliest of friends. Bonded as they are by their shared anguish, the two bereaved souls become one in their unendurable pain.

Wazir has three heroes. Bachchan and Akhtar of course, so effective individually and together that we wonder, why they haven't been cast together before? But the third and bigger hero of

Wazir is the devious and non-ostentatiously clever script. Written by producer Vinod Chopra, along with Abhijat (Munnabhai) Joshi, this is quite comfortably the best emotional

thriller from Bollywood in years.


Our heart never stops leaping into our mouths at the twists and turns that the characters encounter in their journey towards an apocalyptic finale. The narrative displays the kind of fluent

unpredictable and original writing that we would like to see more often in Hindi cinema.
If only...

In its 1 hour and 40 minutes of playing-time Wazir gives us no time to stop and ruminate. The pace, though frenetic, never lacks in grace. Director Bejoy Nambiar whose two films so far

Shaitaan and David are among my favourites in recent years is a master of the craft. His visual aesthetics are completely affiliated to the characters' inner space. Since neither Mr

Bachchan nor Farhan's characters have much to celebrate or feel happy about, the film is shot, by cinematographer Sanu Verghese in dark brooding shades that suggest a tragic malfunction in the way

God and politics work in our country.

One crucial shoe-throwing episode shot against a dawn-drenched Rashtrapati Bhavan is a classic mood composition.


The spot of sunshine in the otherwise dark and mood-drenched take is Aditi Rao who glows on the screen every time she appears. But sorry, this is not her film. The narrative remains fiercely

focused and fastened on the Bachchan-Akhtar equation creating through their characters a cruel game to death that destiny plays on the most undeserving.


Mr Bachchan's wheel chaired avatar as a delightful mix of tragic grandeur and concocted optimism. His grieving character humours himself to stay alive. He is Anand Sehgal from Hrishikesh

Mukherjee's film, 40 years too late. Farhan Akhtar gives his most emotionally nourished performance to date. While in Bhaag Milkha Bhaag the performance depended on the actor's physical


Two other characters stand out. Manav Kaul's performance as the Kashmiri politician with skeletons in his cupboard is sinister and ominous. Watch closely how he reacts to Farhan's questioning in

their first sequence together. These are brilliant actors at work. Speaking of which Neil Nitin Mukesh in the title role (am I allowed to reveals that?) is electrifying in the limited time he has


This story is so well told that you wish it had lasted a little longer so we could get to know the characters a little better. John Abraham shows up in an impressive key cameo bringing to his role

of an intelligence officer the urgency that he had brought to Shoojit Sircar's Madras Cafe. I want to see him do a desi Bourne.


The songs (Shantanu Moitra) pinned to the background egg on the emotions underpinning the action to a sense of meditative alacrity.

Chopra & Abhijat Joshi) exposition on a relationship of shared grief. Till the end, Wazir remains true to its purpose, of conveying the emotions that underline the action. It's failing, if

we can call it that is that the characters do not stay with us long enough for us to know them well.


Never mind, better a film that moves away quickly rather than one that overstays its welcome. This looks like a terrific year ahead for Bollywood. Wazir is a solid start. A gripping thriller

anchored by Bachchan and Akhtar's compelling compatibility. Not to be missed.