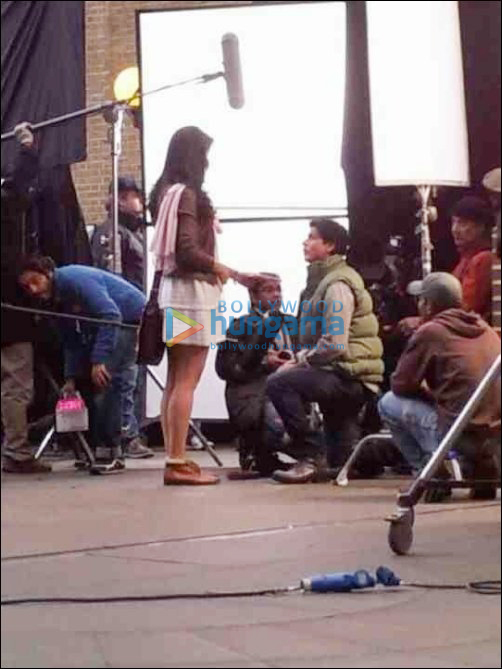 Shah Rukh Khan and Katrina Kaif started shooting for Yash Chopra's untitled directorial venture in London on Wednesday. SRK and Katrina got along really well. Going by the picture, it looks like they are shooting for a romantic scene.

Shah Rukh was also seen with a guitar in a Rockstar avatar, reminding us of his DDLJ days.

The London schedule is of 35 days. Their other actress Anushka Sharma will be joining them soon. All the details of the film are being kept under wraps.