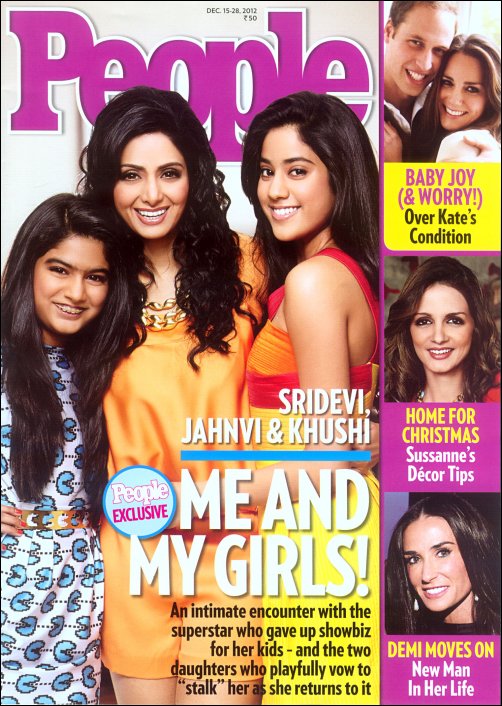 Sridevi is one actress whose name unfailingly brings to our memories films like Lamhe, Chandni, Chaalbaaz and many many more including the recently released English Vinglish. Even though her filmâ€™s genres may have changed from time to time, what has remained constant is the star power of Sridevi. The talented actress features on the cover of the latest edition of â€˜Peopleâ€™ magazine.


This is one of the rare editions of the issue, which will surely go down as a â€˜Collectorâ€™s Itemâ€™. The reason? Well, the cover features Sridevi along with her two daughters â€“ Jhanvi and Khushi. In this issue, Sri speaks about her much talked about comeback film English Vinglish, her parents, her upbringing, giving up her career for her family, Boney Kapoor as a father etc. She also speaks about her transformation from being a â€˜mother; to a friendâ€™ to her children. Besides all this, her kids Jhanvi and Khushi also talk about their parents. This surely makes it an interesting read.