Earlier in the year, Shruti Haasan made news for being spotted with a mystery man whilst arriving at the domestic airport. With paparazzi digging further on it, it was reported that the man in question was Italian actor Michael Corsale. Followed by the same, Shruti Haasan was spotted with a certain Corsale often and interestingly, unlike many of her colleagues, the actress never shied from lenses.

And now if her latest pictures are anything to go by, Shruti Haasan was recently spotted attending a wedding with Michael Corsale and also clicked selfies with him and her friends during the rituals. In fact, Shruti seems to have even introduced Michael Corsale to her family as the latter seems to be quite comfortably seated next to his ladylove who seems to be involved in a deep conversation with her father Kamal Haasan. The trio namely, Kamal Haasan, Shruti Haasan and Michael Corsale attended the wedding of Tamil actor Aadhav Kannadasan and Vinodhnie Suresh, where, reportedly fans were thrilled to see Shruti walk hand-in-hand with beau Michael Corsale.

Not just the wedding, the actress attended almost all the functions of Aadhav – Vinodhnie’s wedding rituals along with Michael. While the actress has maintained silence about details of her personal life, her recent pictures on social media platforms seem to have spoken for itself. 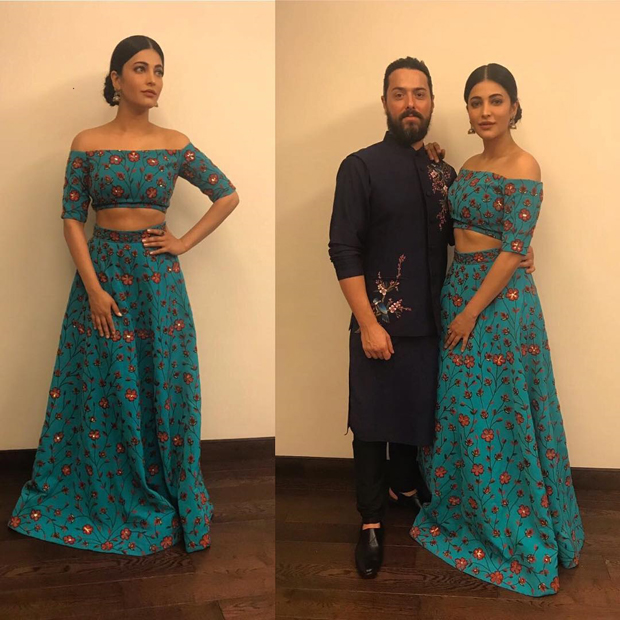 On the Bollywood front, Shruti Haasan was last seen in the Rajkummar Rao starrer Behen Hogi Teri that released in June 2017.