Mallika Sherawat may not be keen on signing a film in Bollywood. But the actress definitely knows her way around with international celebs. Recently, the actress was seen with Paris Hilton in Los Angeles.

After meeting the Shape Of Water director Guillermo del Toro, Mallika Sherawat was seen partying all night with Paris Hilton. The two reportedly met at a common friend's party. Rumour has it that the two instantly clicked and bonded like a house on fire. Paris and Mallika were spotted having a fun chatty session and were even seen letting their hair down. 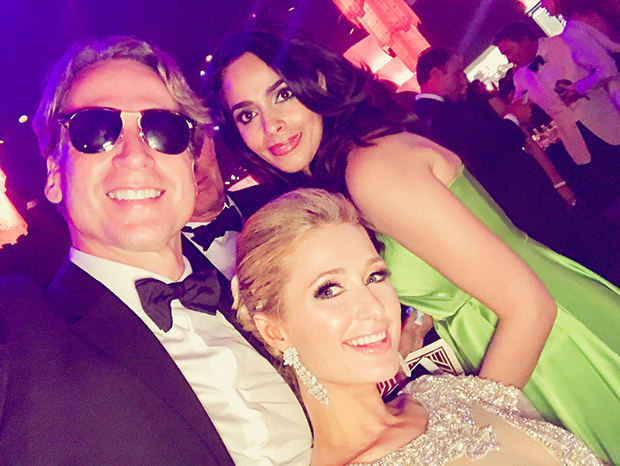 Paris was seen showing Mallika her engagement ring and the actress was seen gushing over it. Paris, who got engaged to Chris Zylka, has been seen several times flaunting her stunning engagement ring.

Speaking on the lovely evening, Mallika said, "I had a blast partying with Paris. She is such a great person and so much fun to be with. We loved talking about her work and she was very interested in the projects I was involved with. She showed me her beautiful 10-carat pear-shaped engagement ring and I absolutely loved it."

Besides international films, Mallika Sherawat has of late started extending her support to a variety of philanthropic work. Most of them are related to women empowerment.

IN PICS: Neetu Kapoor steps out of her house…