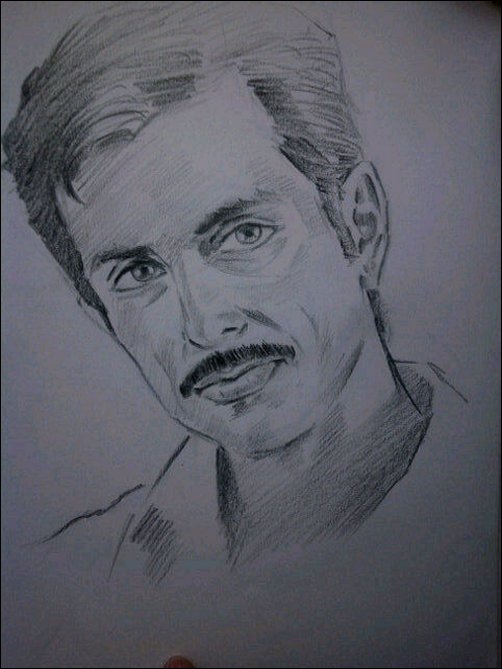 After his portrayal of a cop ACP Karan Malhotra in Bbuddah...Hoga Terra Baap, Sonu Sood is all set to don the khakhi uniform once again in director Kabir Kaushik's action-thriller Maximum. Sonu also spent a fortnight with a top cop in Punjab, Mr. P S Gill to understand the mind, body language and spoken language of a cop.

Sonu posted a picture on twitter unveiling his new look. It is a pencil sketch of his look. He is seen sporting a trimmed mustache and a neatly combed side parting.

EXCLUSIVE: “I got offers 10 years back and I…

EXCLUSIVE: “People would come to meet me…

EXCLUSIVE: “This industry admits that we are…