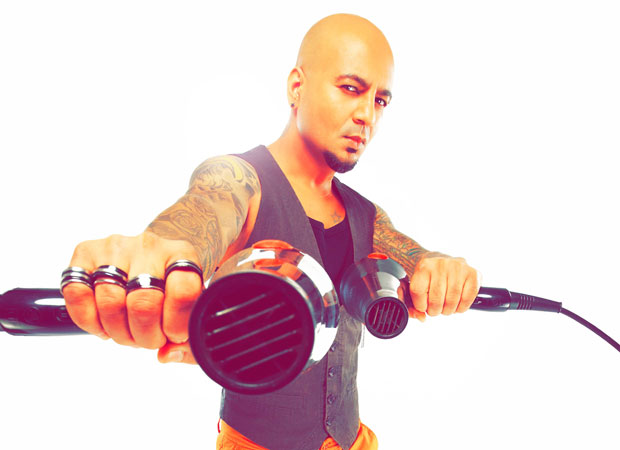 "Sonu only spoke about the loudspeakers at religious places and how they cause inconvenience. He was not talking about any religion," said the celebrity hair stylist Aalim in a Bollywood Hungama exclusive interview with Faridoon Shahryar today. Aalim shaved off Sonu's hair in response to the fatwa by a West Bengal Maulvi who had announced that anyone who shaves off Sonu Nigam's hair and garlands him with torn shoes will get prize money of Rs. 10 lakhs from him.

"Sonu is a very God fearing man. He believes in each and every religion. He loves everyone. He is a great human being, a great soul. Whatever success he has got is because of the sort of human being that he is. You can't manipulate such kind of success," Aalim said. "Most of Sonu's friends are Muslims. We don't talk about Hindus, Muslims, Christians, Sikhs...It's all about humanity," Aalim added.

It is a perception that as per the public opinion which maybe, the choice of words used by Sonu was not right. "Rockstars are like that. He's not a copywriter. He's a singer. Choice of words upar neeche ho sakte hain, lekin Dil se he doesn't want to hurt anyone," Aalim said. To the allegation that since Sonu is a singer and uses loudspeaker during the concerts, Aalim said, "He is a singer, for concerts they will have to take technical help, otherwise, the voice won't reach the audience and they will do hooting. But, for the praying purpose, you don't need technical help. Aapko mann ki zaroorat hai," Aalim said.

Aalim also shared a very interesting take on the over religiosity that has become a norm in the world today. The bracketing of people on the basis of their religion is something that puts him off. He informed that his wife is a Sikh and when he went to register the name of his son in BMC, in the column of religion, he wrote ‘Humanity’. "I have not given my son a surname. When he grows up, he can decide if he wants to use my surname or my wife's. That will be his choice," Aalim signed off.