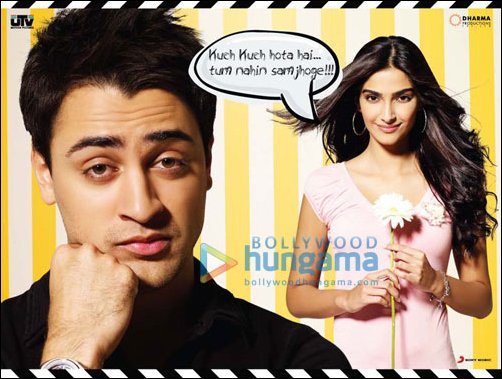 Only couple of days ago producer Karan Johar and debutant director Punit Malhotra had revealed the first look of their forthcoming film I Hate Luv Storys (IHLS) on popular social networking site Twitter. The first look featuring the lead pair of Imran Khan and Sonam Kapoor at their casual best fetched an awesome response from one and all.

Building up the curiosity towards the film, director Punit Malhotra today revealed yet another poster from the film. This one shows a full-on romantic Sonam holding flowers and saying the evergreen romantic line "Kuch Kuch Hota Hai...Tum Nahin Samjhoge!!!" even as Imran looks bored and disinterested. Even though the film's release is still a while away (July 2nd), looks like the makers are leaving no stone unturned to promote their film.

Normani shows her 'Wild Side' in sultry…