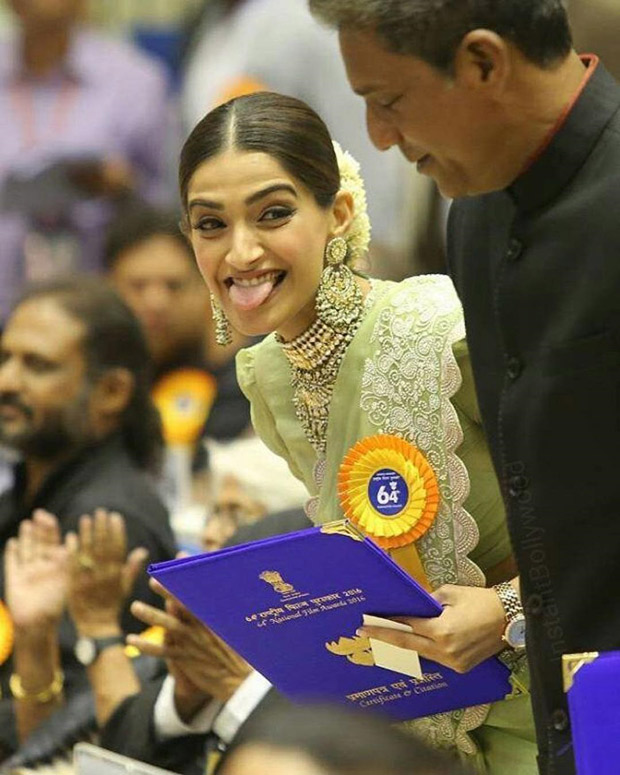 Sonam Kapoor has all the reasons to celebrate as she received her first National Award for her film Neerja last week. Sonam Kapoor was in New Delhi earlier this week to attend the National Film Awards where she was honoured in the special mention cateogory by jury for her performance as Neerja Bhanot in Neerja.

Sonam Kapoor was with her entourage at her first National Awards. Her parents Anil Kapoor and Sunita Kapoor accompanied her along with her rumoured boyfriend Anand Ahuja. The two shared a lot of candid moments at the event. On Friday, Anand Ahuja shared a picture of Sonam Kapoor in a candid moment making a goofy face and captioned it as, "@sonamkapoor ... my fave! #everydayphenomenal."

On the work front, Sonam Kapoor is currently filming PadMan with Akshay Kumar, who also won Best Actor National Award for his role in Rustom. Directed by R. Balki and produced by Twinkle Khanna, PadMan inspired from the real-life story of a social entrepreneur, Arunachalam Muruganantham who took it up to himself to provide low-cost sanitary napkins to women from poor economic states across rural India. The film also stars Radhika Apte and is slated to release during Republic day weekend in 2018.