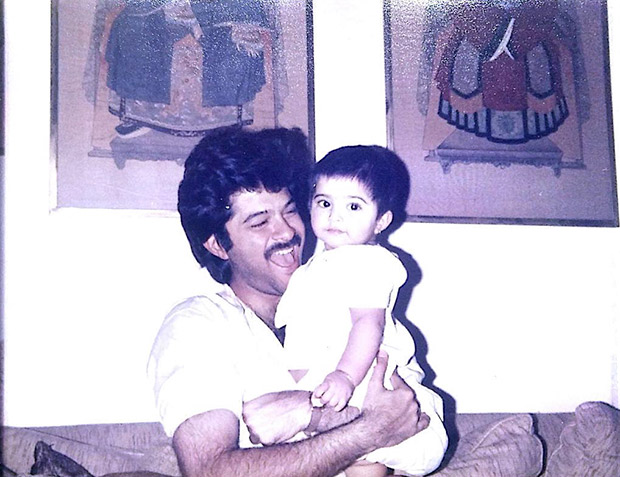 While she was in news a day ago for being the cover girl of the prestigious Forbes magazine, Sonam Kapoor today continues to be in a mood for celebration. The reason is that her doting dad and evergreen Bollywood star Anil Kapoor turns a year older today and Sonam is more than happy about kick starting the celebrations.

But before that, the actress who loves to be on Instagram, decided to share this picture as a part of her birthday wishes to her father. This picture has Anil Kapoor holding Sonam Kapoor when she was a toddler and the actress also posted a small note along with it that read, “My father gave me the greatest gift anyone could give another person, he believed in me.- Jim Valvano Happy happy birthday daddy! I'm so proud to be your daughter.. I hope I make you proud everyday.. love you lots!”

As far as Anil Kapoor’s birthday plans are concerned, we hear that the actor has taken off to an unknown foreign destination along with his wife Sunita. Before leaving he had however mentioned that his daughters Rhea and Sonam Kapoor would be joining them soon. However, he also maintained that his son Harshvardhan is busy with Bhavesh Joshi.

On the other hand, Sonam Kapoor has had a great year with her being nominated and winning accolades for one of the best films of the year Neerja.