Sonam Kapoor and Anand Ahuja have been enjoying their Los Angeles trip for past couple of days. They have been sharing some beautiful moments from their trip. On their last day, they watched the LA Lakers game at Staples Center and bumped into American actress Mindy Kaling. 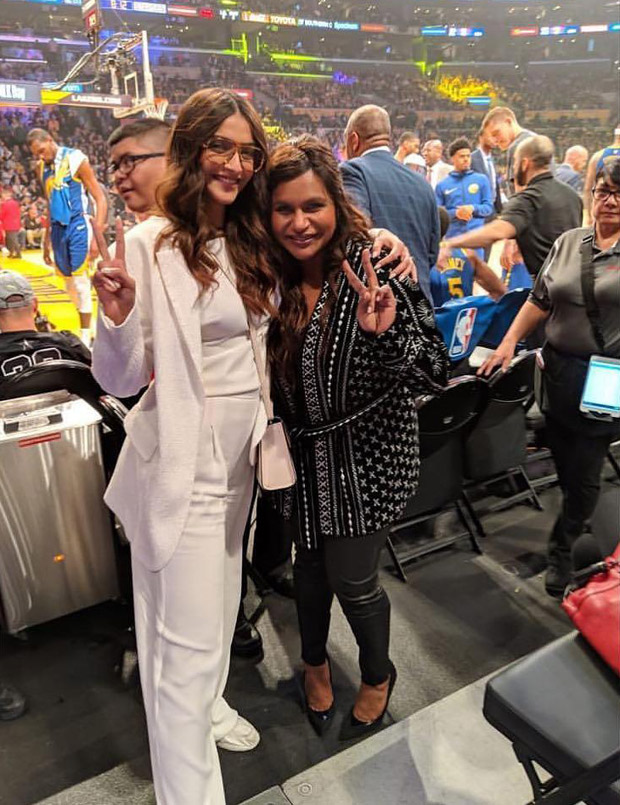 Sonam shared a picture with Mindy Kaling on her social media account and wrote, "So last night at the game I got to meet and hang out with one of the coolest people I’ve ever met @mindykaling she’s impossibly sweet, funny and smart.. also thanks @anandahuja for taking multiple pictures of us! #everydayphenomenal #comefeelthelove."

Mindy Kaling too shared the same photo and captioned it, "Had the best time meeting the gorgeous and hilarious Sonam and her husband Anand at the game last night." 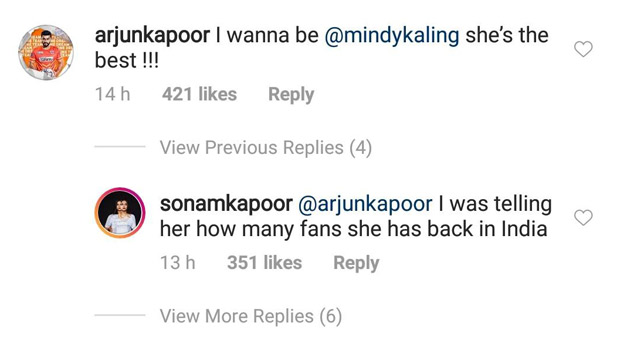 But, it was Arjun Kapoor, whose inner fanboy came out, when he saw the picture. Being a huge fan of Mindy, he commented, "I wanna be Mindy Kaling. She's the best."

On the work front, Sonam Kapoor will be seen in Ek Ladki Ko Dekha Toh Aisa Laga. The film stars Anil Kapoor, Rajkummar Rao and Juhi Chawla. Directed by Shelly Chopra Dhar, the film is set to release on February 1, 2019.