Sonam Kapoor and Anand Ahuja are finally getting married as we can’t keep calm. The day has arrived after months of speculation and we have all the deets from the BIGGEST Bollywood wedding of the year. Sonam and Anand are marrying at the plush, ancestral Rockdale bungalow at Bandstand owned by Kavita Singh, Sonam’s interior designer aunt, and the stage is set already. The mandap has been custom made and created especially for the Anand Karaj ceremony which is ongoing as we speak. Delicate pink flowers adorn the beautiful white lacy design. This mandap is quite reminiscent of the Virushka wedding.

So Sonam Kapoor and Anand Ahuja are finally MARRIED and look lost in love as they smile for the cameras. Look at this candid moment captured beautifully down below. 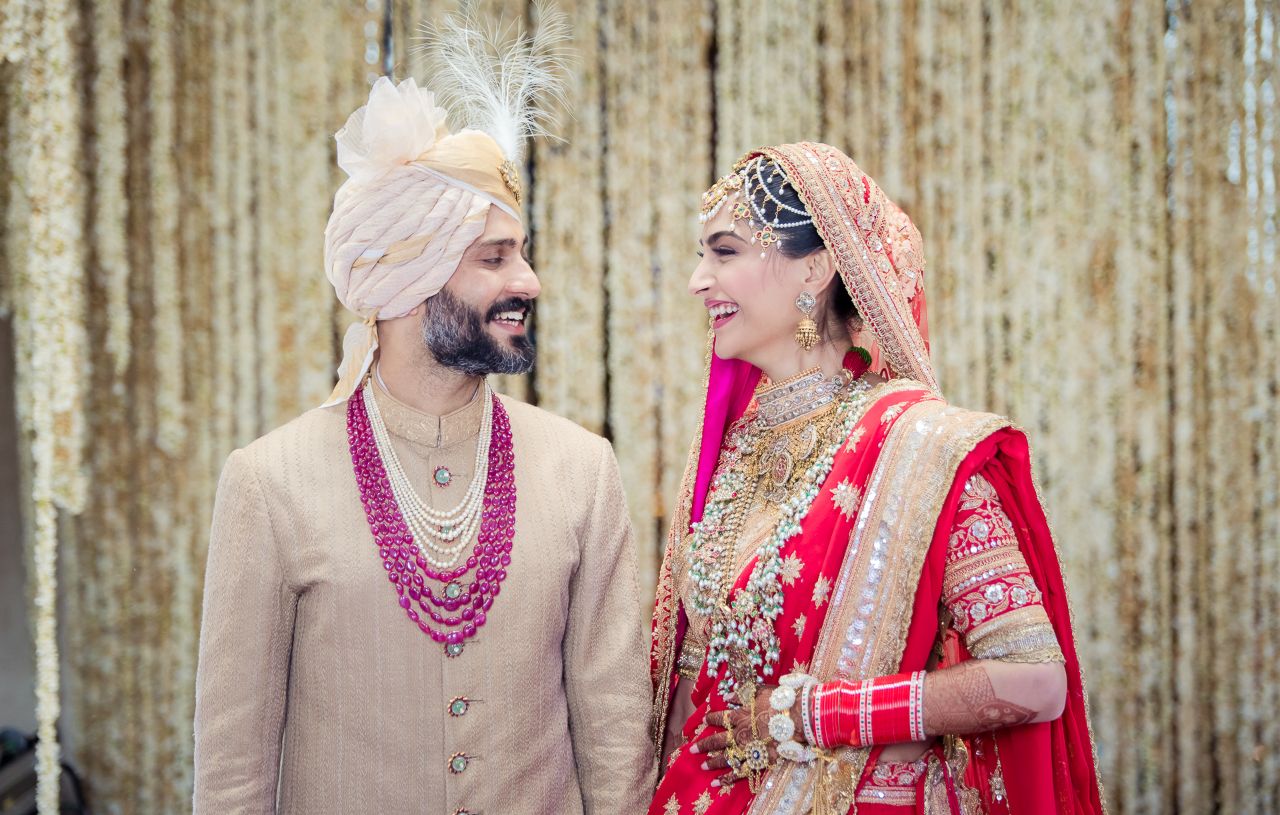 Ranveer Singh, Baba, comes in a full ROCKSTAR like swagger. Dressed in all white, we really dig his white glares.

Sonam Kapoor walks down the aisle for Anand Ahuja. You can't miss the video here.

Styled by Esha Amiin, Karisma Kapoor wore a Sabyasachi floral lehenga with a choker necklace and a maang tika. An elegant updo with dewy makeup rounded out her look.

Janhvi Kapoor and Khushi Kapoor have just arrived with daddy Boney Kapoor. They look ethereal in pastel shades of pink and yellow. Check them out in their full relagia down below.

The Kapoor cousins, Jahnvi and Khushi were styled by Tanya Ghavri and chose colourful Manish Malhotra ensembles with intricate jewellery and intricate updos.

Karan Johar too arrives dressed in a classic pink sherwani.

Jacqueline chose a pink coloured Anita Dongre creation with a kada, earrings and pulled back hair.

Finally, Sonam Kapoor's look is out and she is looking beyond STUNNING. Take a look here. 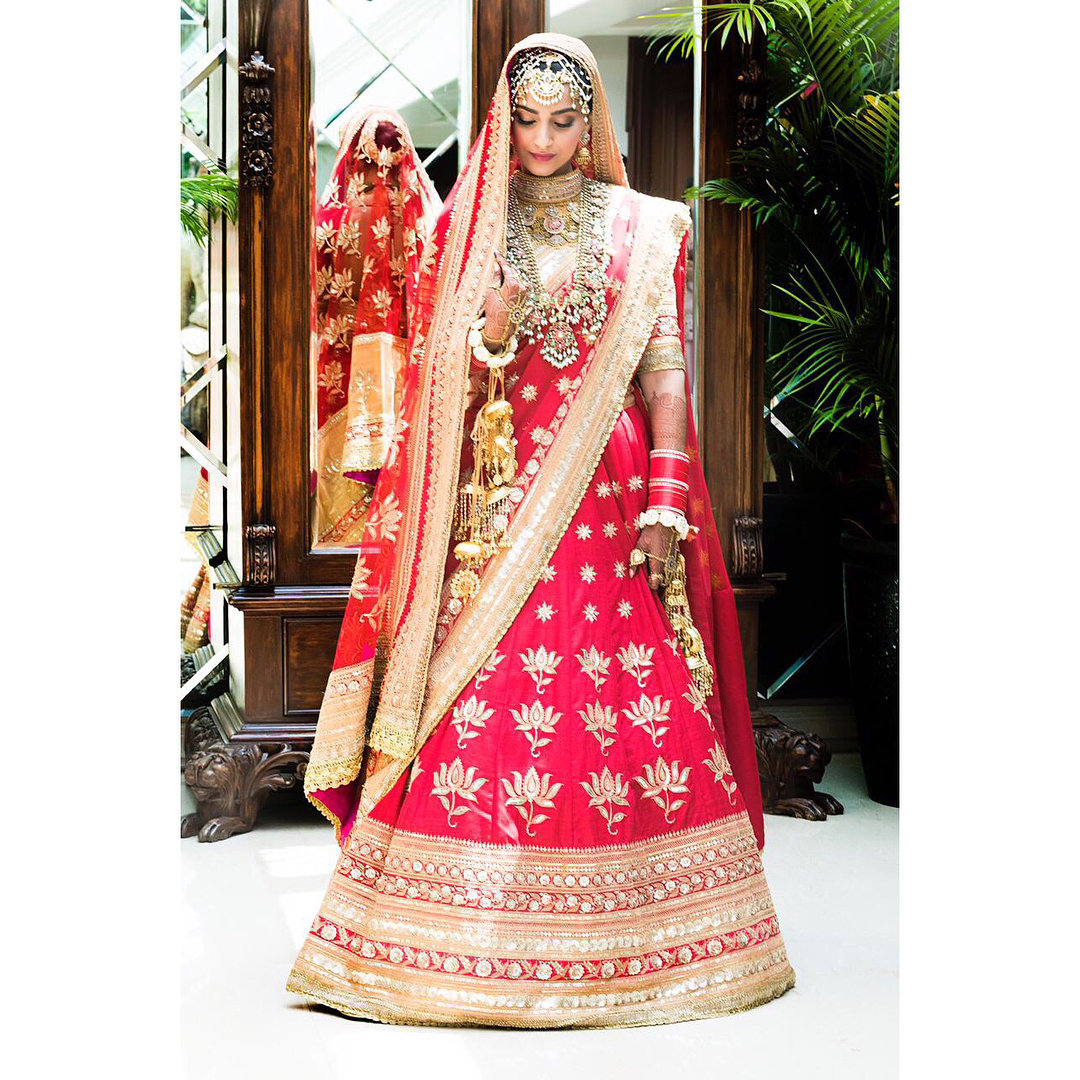 Groom Anand Ahuja has arrived too wearing a beautiful intricately embroidered gold and beige sherwani from the house of Raghavendra Rathore. He wears strings of uncut emeralds and looks every bit royal. Bride papa Anil Kapoor looks dashing in a white sherwani and there is unmistakable happiness as he greets guests and paps. Yesterday too he burned the dance floor with his amazeballs moves.

Anshula Kapoor arrived dressed in hues of pink and look breathlessly beautifully. Stay tuned for ALL the updates of the wedding.

Swara Bhasker chose a rather quirky Manish Malhotra ensemble with jewellery and an updo.

Sonam and Anand are getting married after solid courtship of four years. The official statement read: “The Kapoor & Ahuja families take great joy and pride, in announcing the marriage of Sonam & Anand. The wedding will take place on the 8th of May in Mumbai. Since it is an intimate affair, we request you to respect the family's need for privacy. Thank you for all your blessings and love, as we celebrate this special moment in our lives.”