It's time for yet another wedding. Priyanka Chopra is back in India for the wedding of her brother Siddharth Chopra. The actress returned to India from New York earlier this week and reunited with her family. Cousin Parineeti Chopra too joined the family in Delhi who are gearing up for yet another Chopra wedding. And as the sisters reunited, they introduced the new family member to the fans. 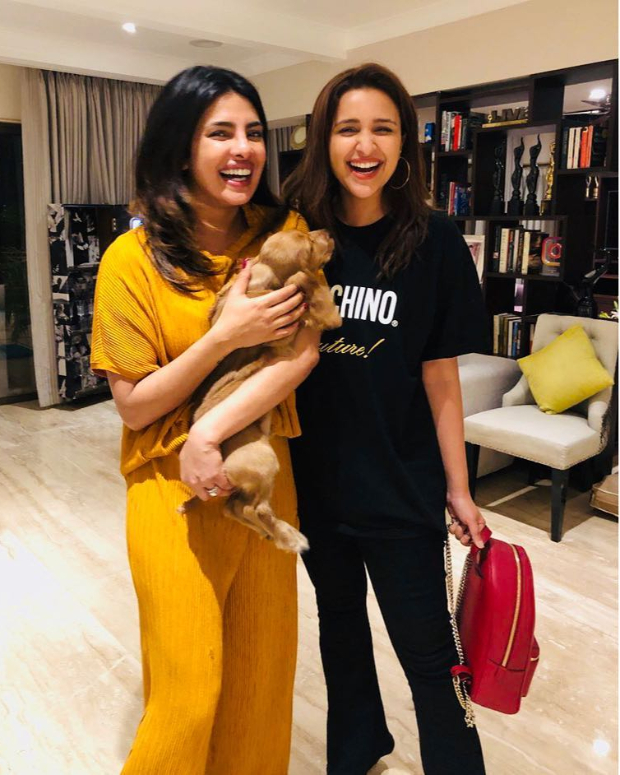 Parineeti Chopra and Priyanka Chopra spent some quality time with their family on Wednesday night. And this morning, Parineeti introduced their new dog  Bailey Chopra. Priyanka and Parineeti happily posed with their little cute doggo and captioned the photo, "Meet #BaileyChopra! And like in any other punjabi family — I (his aunt) named him!! Hahaha ???? @priyankachopra @siddharthchopra89."

Meanwhile, on the work front, Priyanka Chopra will be starring in Shonali Bose directorial The Sky Is Pink alongside Zaira Wasim and Farhan Akhtar. Parineeti Chopra, on the other hand, has a couple of projects including Jabariya Jodi, Sandeep Aur Pinky Faraar and the remake of The Girl On The Train.