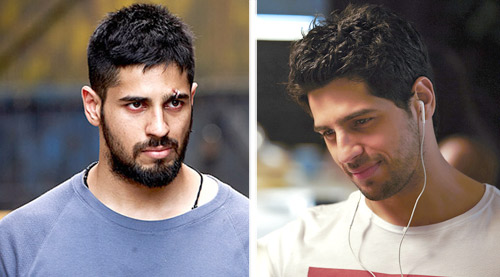 What can two back to back diverse films do to you? Well, for starters, it can change your entire body type. This is what happened with Sidharth Malhotra when he went from the sets of Brothers to Kapoor & Sons. Result? A weight reduction of 10 kilograms in a matter of few weeks.


"Sidharth played a MMA fighter in Brothers and hence had to bulk up for the part. On the other hand Kapoor & Sons needed him to be lean since he is playing a boy next door. Between the two films, he had to first put on weight and then loose it all," informs our source.


Of course, none of that came easy. "For starters, Sidharth turned vegetarian before he started shooting for Kapoor & Sons. He kept it that way right through the time he was involved in the film's making. Furthermore, he also took to Yoga in a big way. There was a strict regime that he followed and it is this very discipline that allowed him to get into a cool boy zone sooner than others around him must have expected," the source continues.


No wonder, producer Karan Johar, the man behind Brothers as well as Kapoor & Sons, was thrilled. After all, Sidharth managed to make a steady transition from being Akshay Kumar's 'brother' to Rishi Kapoor's 'grandson'


Chuckles Sidharth, "Honestly, to get the right body type didn't come easy. It was so strenuous during Brothers with all the pumping up involved. On the other hand, Kapoor & Sons was a different ballgame altogether. Shakun (Batra) had a particular look in mind and I had to make sure to get it all right before I hit the sets. Turning vegetarian and practicing Yoga were just two of the many things I had to do so that losing 10 kilograms happened in good time and without any effects on my body."


Well, if the indications are anything to go by, the look is indeed being liked by one and all.