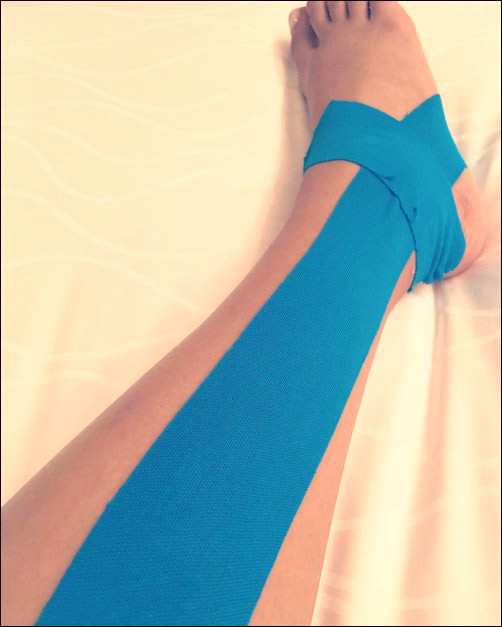 Readers may recall that, around a week back, we had reported about Shraddha Kapoor and Arjun Kapoor playing basketball on the sets of Half Girlfriend, a film that's based on Chetan Bhagat's romantic novel by the same name. This time round, the latest update on the film is that the beautiful Shraddha Kapoor has now suffered a stressed ligament.

Posting a photograph of her bandaged leg on Instagram, Shraddha Kapoor captioned it as "Stressed ligament. But it's too much fun running on that basketball court! #HalfGirlfriend". Bollywood Hungama wishes a speedy recovery to the chirpy Shraddha Kapoor.