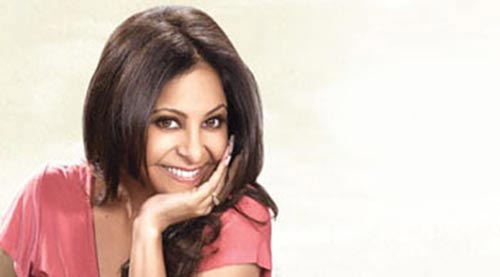 Everybody knows Zoya Akhtar's eagerly awaited Dil Dhadkne Do is set on board a luxury cruise. What is not known is the escapades and excitement of the principal characters on board when they shot the film.

Shefali Shah who plays Anil Kapoor's hot Delhi socialite wife says she had tons of fun. "It was the most amazing experience. I was virtually in the lap of luxury for months as we took that cruise back and forth five times shooting for the entire schedule. Was I sea sick? No! Was I home sick? I wasn't allowed to be. We were shooting and then partying every evening."

For the first time in her life Shefali was separated from her husband filmmaker Vipul Shah and her two sons for so many months. "It was tough because I like to keep tabs on my home and children when I am shooting. For the first time I was unreachable for long stretches of time. It bothered me initially, especially since I lost my phone. Then I decided to stop thinking as a wife and mother during the shoot. I justâ€¦went with the flow. I had the time of my life."

In Dil Dhadakne Do, Shefali plays a woman married to money. "My character is not your bechari neglected rich wife. She is a scream. Her comments are so below-the-belt that I went 'Ouch' while saying them."

After playing wretchedly deprived characters in art house films Shefali enjoyed being pampered. "You know, when Zoya came to me she said, 'I don't know whether you'll do this role.' When I heard the role I was like, why not?? There is this perception that I don't do mother's roles. Aisa kuch nahin hai. What is wrong with playing the mother? Is a mother in real life just a character-actress in the script? My only problem is, there is very little that one can do with a mother's role in our films. But that wasn't the case with this film."

In Dil Dhadakne Do Shefali's character gives as good as she gets.
Says the wonderful actress, "Not once did I feel I was playing mom to two adult actors Ranveer Singh and Priyanka Chopra. That isn't how the part is written. I've to thank Zoya for giving me the pithiest lines to speak. I caught myself off guard speaking those sarcastic lines."

The feeling of being treated special lingers even now when the shooting is over.

Says Shefali happily and proudly, "They're promoting me as one of the six protagonists. I am so happy that I did this film. Zoya was so clear about what she wanted from her actors. She did the cleverest thing possible by taking all her actors, and there are 25 of us, on this cruise. Everyone got into the holiday mood before work. No one came on board with any baggage. Every morning we'd go out on the deck, greet and meet one another and then the shooting would start. There was so much bonhomie on location. I don't think I'll ever have so much fun shooting any film."