Tamil actor Vijay's film Master would have released on April 9 if it were not for the pandemic. Owing to coronavirus and the lockdown, the release date has been pushed indefinitely. However, fans who are eagerly anticipating the film have been enjoying the music of the film. The songs composed by Anirudh Ravichander are getting a great response. The song 'Vaathi Coming' is one of the most popular songs from the album. The hook step of the song has indeed got people hooked to it. 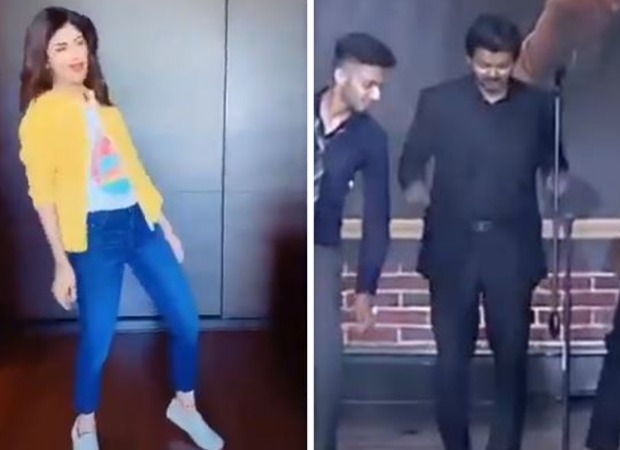 The 'Vaathi Coming' song fever is not restricted for just fans of Thalapathy. Bollywood actress Shilpa Shetty recently made a video on TikTok where she can be seen dancing to the song 'Vaathi Coming'. Shilpa Shetty has been spending her lockdown time on social media by sharing workout videos, dance and other awareness videos. With her dance on Thalapathy's song, she has managed to impress several fans. She dedicated the dance to the actor, saying, "This is for you #thalapathyvijay."

Shilpa Shetty and Vijay had shared screen space in the 2000 Tamil film Kushi where the former was seen in a cameo for a song in the film.