The Deols - Dharmendra, Sunny Deol and Bobby Deol - are once again coming together with the third installment of their comedy franchise, Yamla Pagla Deewana Phir Se. The film will be releasing on August 31. We already got a glimpse of Salman Khan in the trailer. The cameo appearances also include Rekha and Sonakshi Sinha.  While it seems like a laugh riot already, recently veteran actor and politician Shatrughan Sinha will be making a cameo in the film and recently even shot for the same. 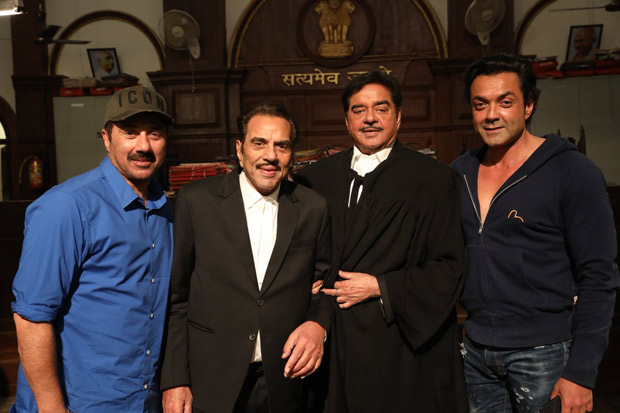 On the occasion of Friendship Day, Shatrughan Sinha shared a couple of photographs with Dharmendra, Sunny Deol and Bobby Deol from the sets of the film. He was dressed in a judge's dress robe whereas Dharmendra wore a black suit and tie. Bobby and Sunny were dressed casually for the scene.

According to earlier reports, Shatrughan Sinha will be sharing screen space with his good friend Dharmendra not just in a song but also in scenes. In fact, it is being said that the veteran actor turned politician will essay the character of a judge in Yamla Pagla Deewana - Phir Se. Whereas, Dharmendra is said to play the role of a lawyer in the film. 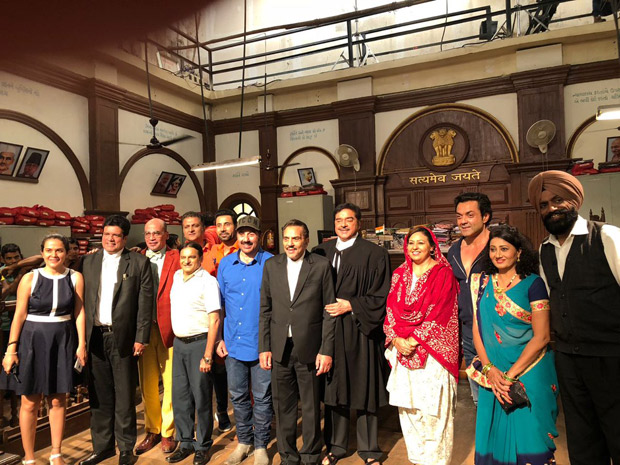 Dharmendra and Shatrughan Sinha have acted together in a handful of films including Dost, Blackmail, Teesri Aankh amongst others and their last screen appearance together was in 1989. 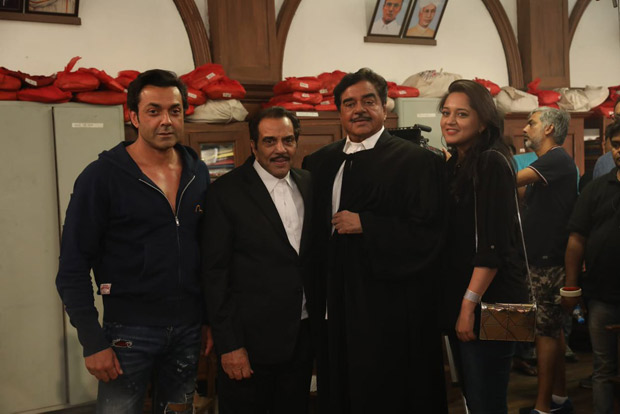 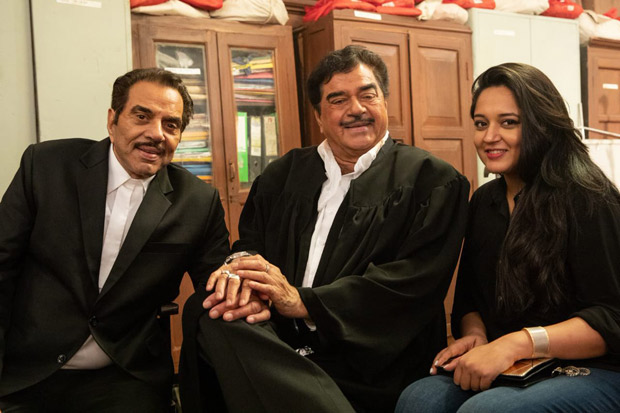